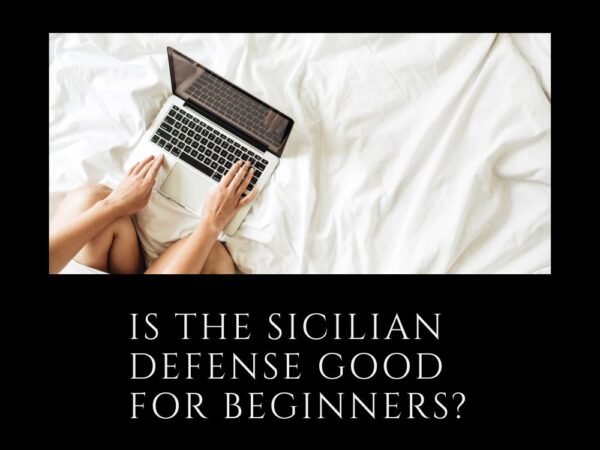 Sicilian Defense is the most popular choice against 1.e4. In Sicilian Defense, there are various variations involved that can be played and chosen from both sides. This opening requires a lot of preparation and knowledge before playing. If black makes one mistake, black can lose immediately in many openings. After reading this article, you will understand that is the Sicilian Defense good for beginners or not.

Sicilian Defense is a very good opening for beginners if you are considering playing chess for a long time. As this opening requires a lot of preparation, it is better to start playing from an early stage of your chess career.

Before starting to prepare Sicilian Defense, you must decide which opening you must prepare. There are various options for black to play, which are as follows.

3 Reasons to play Sicilian Defense as a beginner

Sicilian is one of the few lines which is very solid. If you prepare Sicilian deeply, you don’t need to prepare for any other openings in your life. You just have to update your opening repertoire. Sticking to one opening has its own benefits. The main benefit is you don’t have to prepare another opening, i.e., you save a lot of time.

Sicilian Defense will help you in the long term as you will play more and more games, and you will gain experience.

You should play Najdorf Variation or Dragon Variation to get the highest winning chances.

There are thousands of available resources in the market from where you can learn Sicilian defense. Initially, you can start with watching youtube videos, and then once you extract enough info from youtube, buy a course or book and prepare from it.

Due to the many resources, it is easy to prepare Sicilian defense without a chess coach. But remember that a coach can teach you a lot faster than youtube or any other resources. If you are a beginner, I recommend hiring a good chess coach to learn Sicilian Defense.

Best Variations to Play in Sicilian Defense for Beginners

This opening starts with 1.e4 c5 2.Nf3 d6 3.d4 cxd4 4.Nxd4 Nf6 5.Nc3 a6 (Refer Image). When black plays 5….a6, it is called as Najdorf Variation. It is the most popular variation in Sicilian defense. You have to prepare a lot against it as white have so many options here. Almost every top chess player and world chess champion played this variation.

The basic plan of Najdorf Variation is to play attacking chess. Black plans to take a break in the center and also start the attack from queenside. There are a few variations in which black should play accurately to avoid loss.

Dragon Variation starts with 1.e4 c5 2.Nf3 d6 3.d4 cxd4 4.Nxd4 Nf6 5.Nc3 g6 (Refer Image). In Dragon Variation, black plans to open up bishop from h8-a1 diagonal. Dragon is one of the best chess openings for attacking chess players. Black slowly starts an attack on the queenside, and in most cases, it becomes very difficult for white to play against the dragon.

The only drawback is if white prepare well, then black can’t claim an advantage. But it is very difficult to prepare for each chess move.

Accelerated Dragon Variation starts with 1.e4 c5 2.Nf3 Nc6 3.d4 cxd4 4.Nxd4 g6. The main difference between Dragon and Accelerated Dragon is black doesn’t move a pawn to d6 (As highlighted on board). Black’s main plan is to play d5 directly. In some variations, black sacrifices one pawn and gets a very good position. This variation is also attacking and safe. Unlike Dragon Variation, white cannot start an attack on kingside immediately. Although, white gets control of the center and gets a comfortable position since opening. Overall a good opening to play.

How to play against Sicilian defense?

There are various choices to play against the Sicilian defense from the white side. The best choice is to avoid the main line and play Moscow Variation or Rossolimo Variation. You can check out our full article on How to Play Against Sicilian Defense?

How to learn Sicilian Defense?

There are many resources to learn Sicilian Defense. I recommend the following options.

How to practice Sicilian Defense?

There are multiple ways, as follows.

Is the Sicilian Defense good for beginners? The answer is Yes. It is the perfect opening to start for any chess player.