In this book published by New In Chess, Alexander Panchenko has given his systematic knowledge. He used his 11 years of experience to write this book.

Alexander explains about improving the middlegame technique. He shares some of his real-life experiences with readers. The uniqueness of this book is that you will find positions for playing out after each chapter ends.

The book is divided into a total of 12 chapters. After each chapter’s explanation, some positions for solving and positions for playing out are given. Here is a list of chapters covered in the book.

Alexander Panchenko was a very famous coach. You can expect some high-level explanations and good positions. Positions for playing out are really difficult to understand. You can understand how players used to play 40 years ago and after studying this book one can develop his execution skills.

Glimpse from the book

Following is one of my favorite problems from the book

The uniqueness of this book

This book focuses not only on middlegame positions but also on improving overall game quality. After every chapter, some positions for playing out are given. You can play those positions with your friends or even on lichess.org by setting up the board. Each chapter started with some positions with an explanation. Although this book was released in 2015, many positions contained in this book are before the 20th century.

Who can read this book?

The book level is quite high. Although positions for solving from this book are very interesting and anyone can play with those positions and analyze. It will improve the understanding of players about practical play. I will suggest players above 1600 do the whole book and to others, they can try and play the positions as many times as they can before checking the answers.

From where can you purchase this book?

The original price of this book is 24.95USD or 22.95 EURO. This book is available on Amazon as well as many other chess websites. Also, you will find this book easily in many offline chess stores and chess stalls.

Buy this book on Amazon 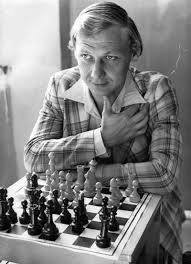 Alexander Panchenko is a Russian grandmaster and famous coach.

He is the owner of the website chessmetrics.com. He has taught many students. Some of the famous students include – Sergei Rublevsky, Ekaterina Kovalevskaya, Alisa Galliamova, and Sergey Volkov.

Alexander Panchenko also contributed and authored many chess books. His contribution to chess is unconditional. 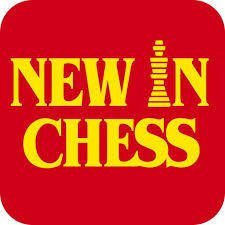 This book was published by a new in chess. New In Chess is based in Netherland. This company is famous for its monthly magazine and bi-monthly yearbook. In magazines and yearbooks, all top-level players write various articles.

New in chess magazine is currently the most popular and bestselling magazine in chess. New in chess publishes various books every year.