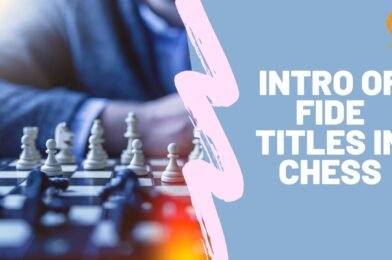 Hello, In this article we will see what are FIDE title and how you can get it. Getting fide titles is not an easy job and you have to work hard for it. Let’s quickly see what is FIDE.

Back to today’s article, Fide has created some titles after achieving a particular level in chess. There are also titles for arbiters such as IA and FA. Let’s see each title in detail.

When your Fide rating will reach 2300 then you can apply for this title. For fide master and candidate master title, you didn’t have to score any norms. Basically Fide master has a much lower value than International Master. Fide also awards this title to some players directly after winning or placing in top ranks in certain tournaments. Generally, a Fide master who is making money through full-time coaching earn around 10$ to 25$ per hour or 750$ to 3000$ per month

When the player reaches the 2200 fide rating, He can apply for a candidate master title. Fide also gives the title to many players who win certain tournaments. Generally, a candidate master who is above 2200 rating can earn anywhere between 600$ to 2000$ per month on average.

for example, generally, Women Grandmaster which is the top title in chess is weaker than International master or equal to Fide Master. Achieving these titles are very easy compared to open titles. We will cover women’s titles in chess in a separate article.

There are also other titles dedicated to organizers, arbiters, instructors. These titles are like IO, FA, IA, FI, SI, FT, SFT, etc. 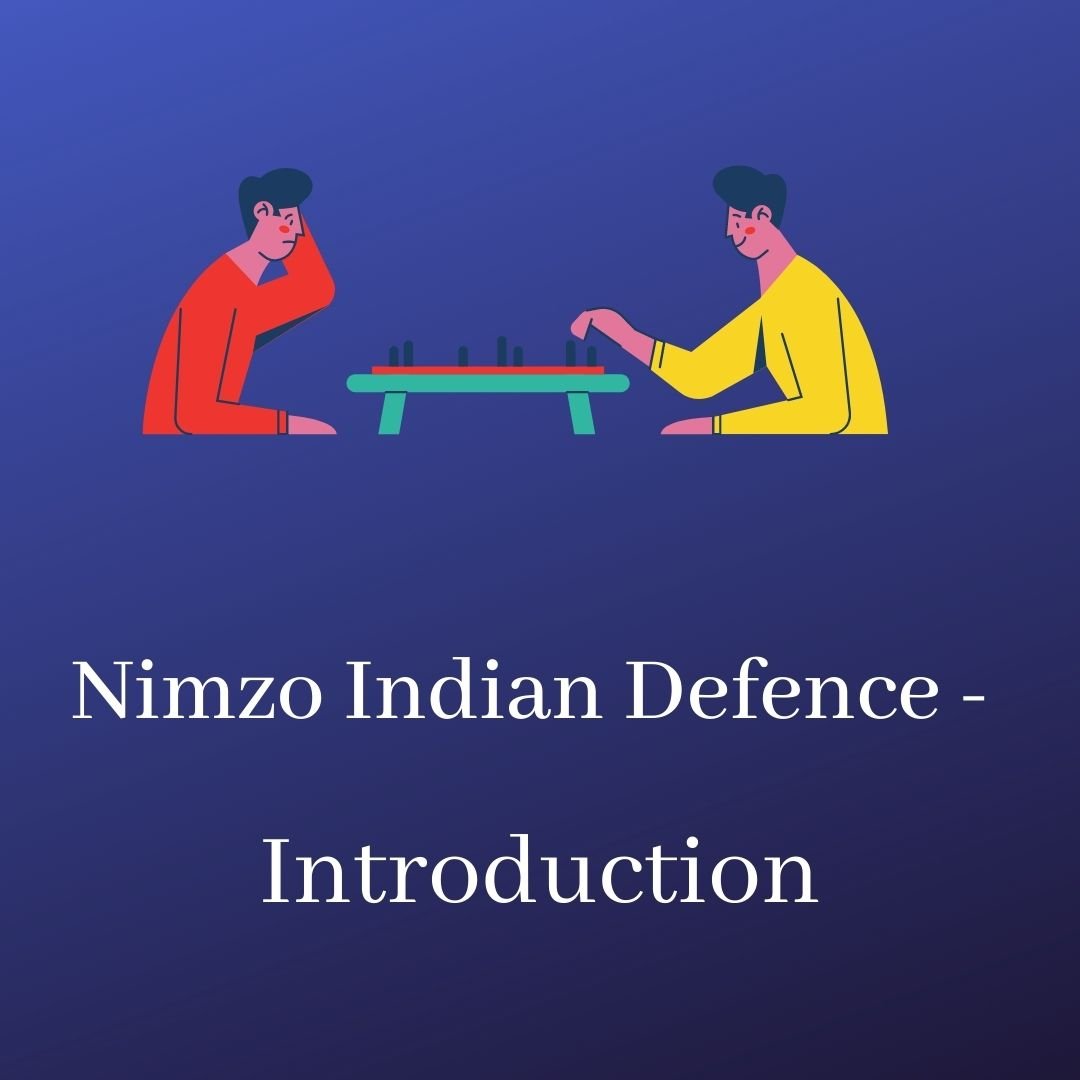 I have been playing this opening since 2015 and I enjoyed playing it with both colours. I was amused by a lot of plans. Today I plan to discuss the opening brief and I ensure I will come up with some articles based on this opening in future. So let us have a look at what exactly Nimzo Indian move order is. 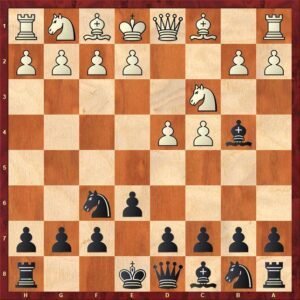 As we all know we should control the centre right from the start of the opening. A lot of times we try to control it with the pawns but in the case of Nimzo Indian, we control the centre with our pieces. The Dark Bishop goes and pins the Knight on c3 thus stopping white from expanding with e4. The opening keeps on evolving with players making some contribution at regular intervals. 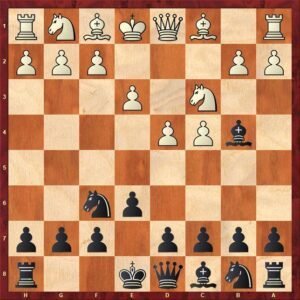 Rubinstein Variation provides white with a simple yet lively position. It can be turned into a complex position if white plays a specific move order orelse there are a lot of theorotical lines which have forced draws in this variation. 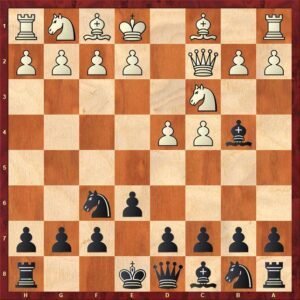 Classical Variation has been explored a lot in recent times and is leading to a lot of complicated positions and also, Black must know what he is doing in this line. 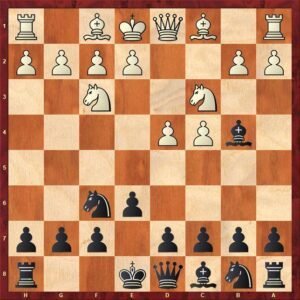 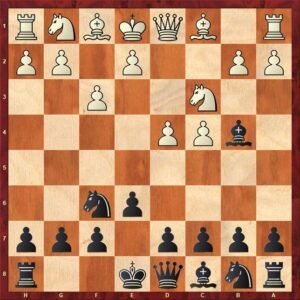 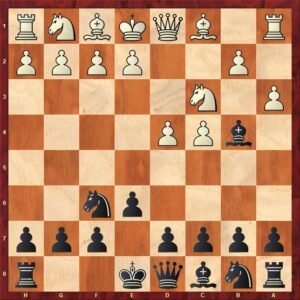 The Saemish is a sharp way to deal with Nimzo Indian and is also trending as it was employed by Caruana against Kirill in Candidates 2020. It is also covered in Moskalenko’s Attacking with 1.d4. Recently those who used to bang their head to find advantage in the Nimzo Indian are trying it out to catch their opponents off-guard. 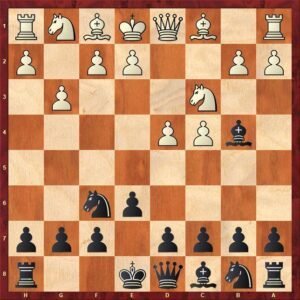 A classical approach to fianchetto is more of a positional approach where white aims to transform it into some Catalan type of positions. Black can go for some closed Catalans to play solidly. 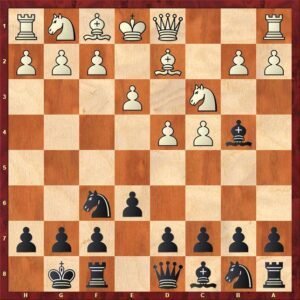 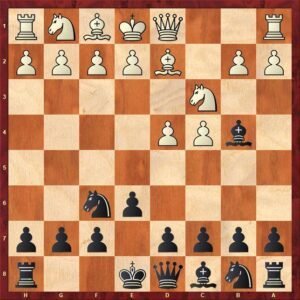 Those who aim to look for dynamic options, FM Nikhil Dixit has covered Kings Indian Defence in his articles. He shares books, Dvd’s and players to follow is covered. Following are the links of those articles. 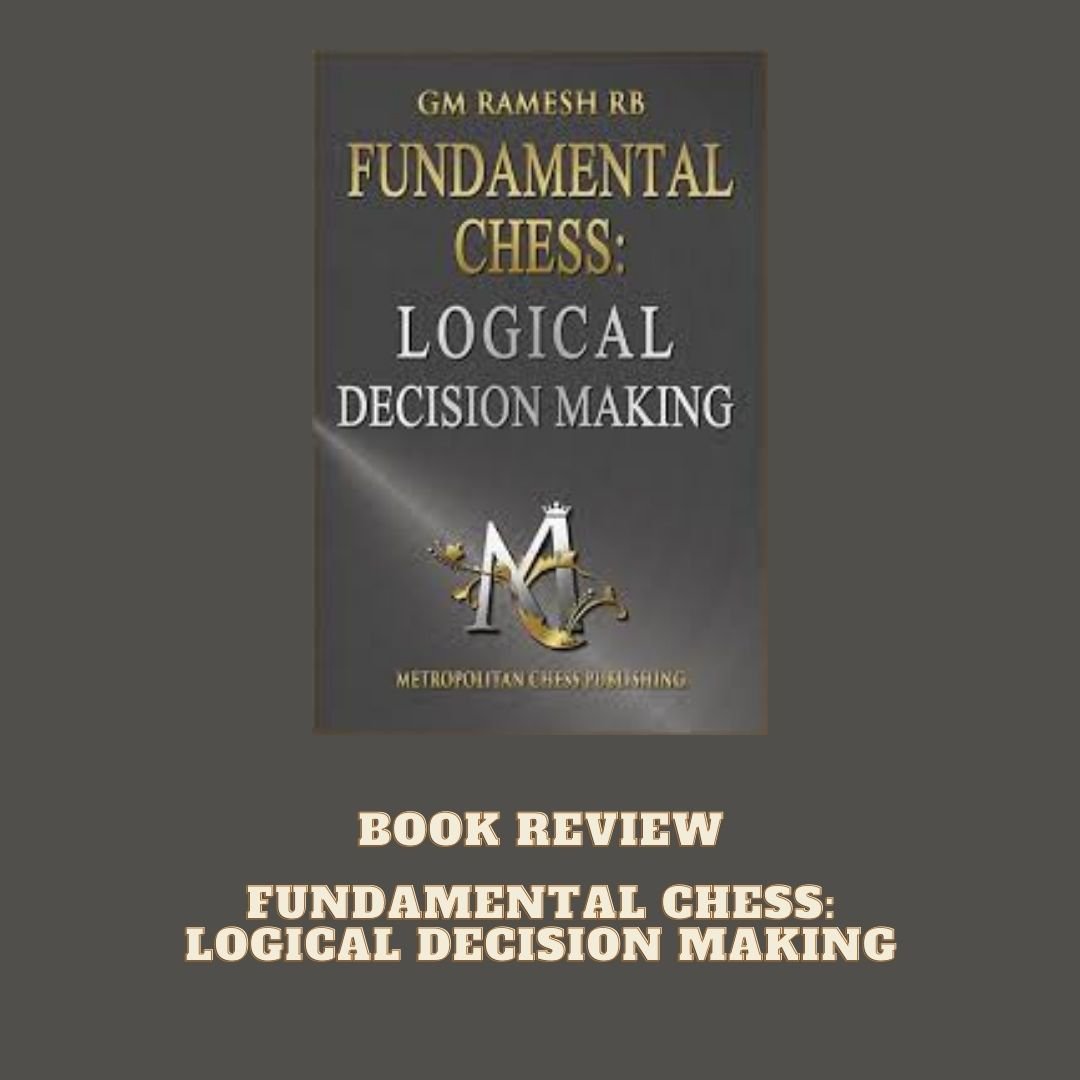 Author of the Book – R.B. Ramesh

Fundamental Chess: Logical Decision Making is one of those books which one can read at any point of life. The book is very instructive and explains the best possible way to practice fundamental chess.

As the name suggests, this book is all about the thinking process, applying the knowledge of general principles in one’s game. This book is divided into 3 Parts.

A good amount of concepts are covered in these topics. The narration and analysis are well balanced which is a good blend for people who are reluctant to heavily analysed books.

To explain this, I will share my experience when I attended a camp of R.B.Ramesh sir in 2017, organized by I-Lead Chess Academy which is headed by Hemangi Gupta. When I started to read this book, it was a sheer resemblance to Sir’s words from the camp. I felt as if I am attaining his lessons 1-1 while going through the chapters.

Anyone above 1400 up to 2400 is the best-suited group according to me. Especially the tips given at in Part 3 on Fundamentals of Chess Training is useful to everyone.

The words used are very simple and easy to remember during games. Also, the anecdotes given at regular intervals made an impact on me. The material in this book is presented in a very systematic way.

Amazon link for the book is here.

About the Book Author- 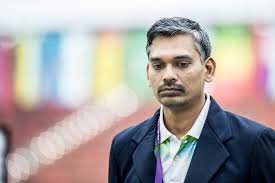 GM R.B. Ramesh is a well-known chess coach and also was a strong player before switching to coaching. He was an expert commentator in Carlsen – Anand World Chess Championship 2013. He was also the coach of Indian Team in Chess Olympiad 2018, Batumi, Georgia.

NM Gupta Ankit is the commissioning editor of  Metropolitan Chess Publication. Their intention is to promote and support the game of chess through community outreach and local, national and international partnerships. They are creating their own DVDs and other chess Content. 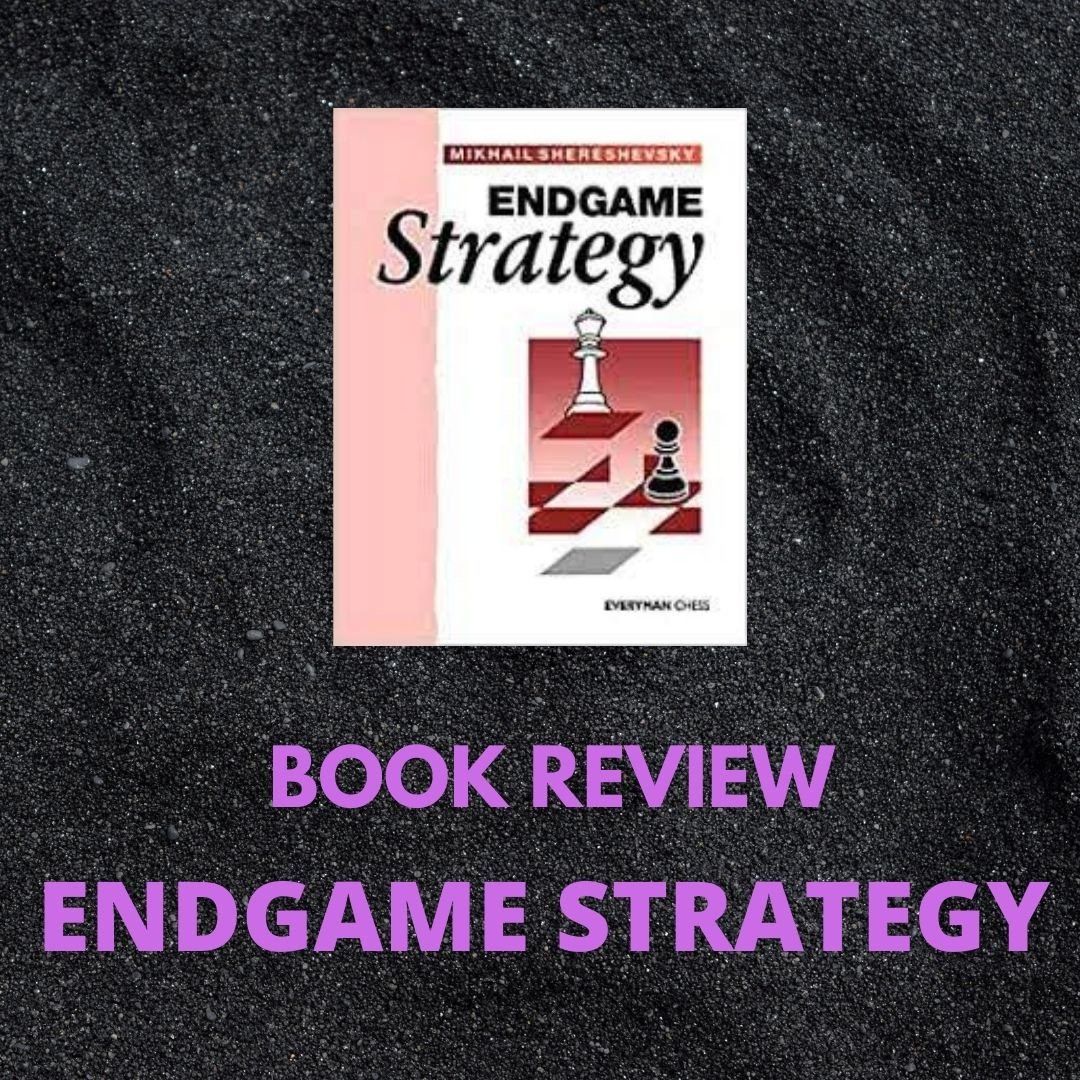 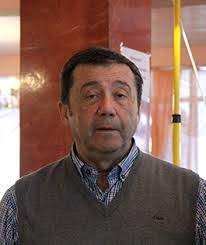 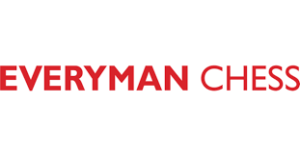 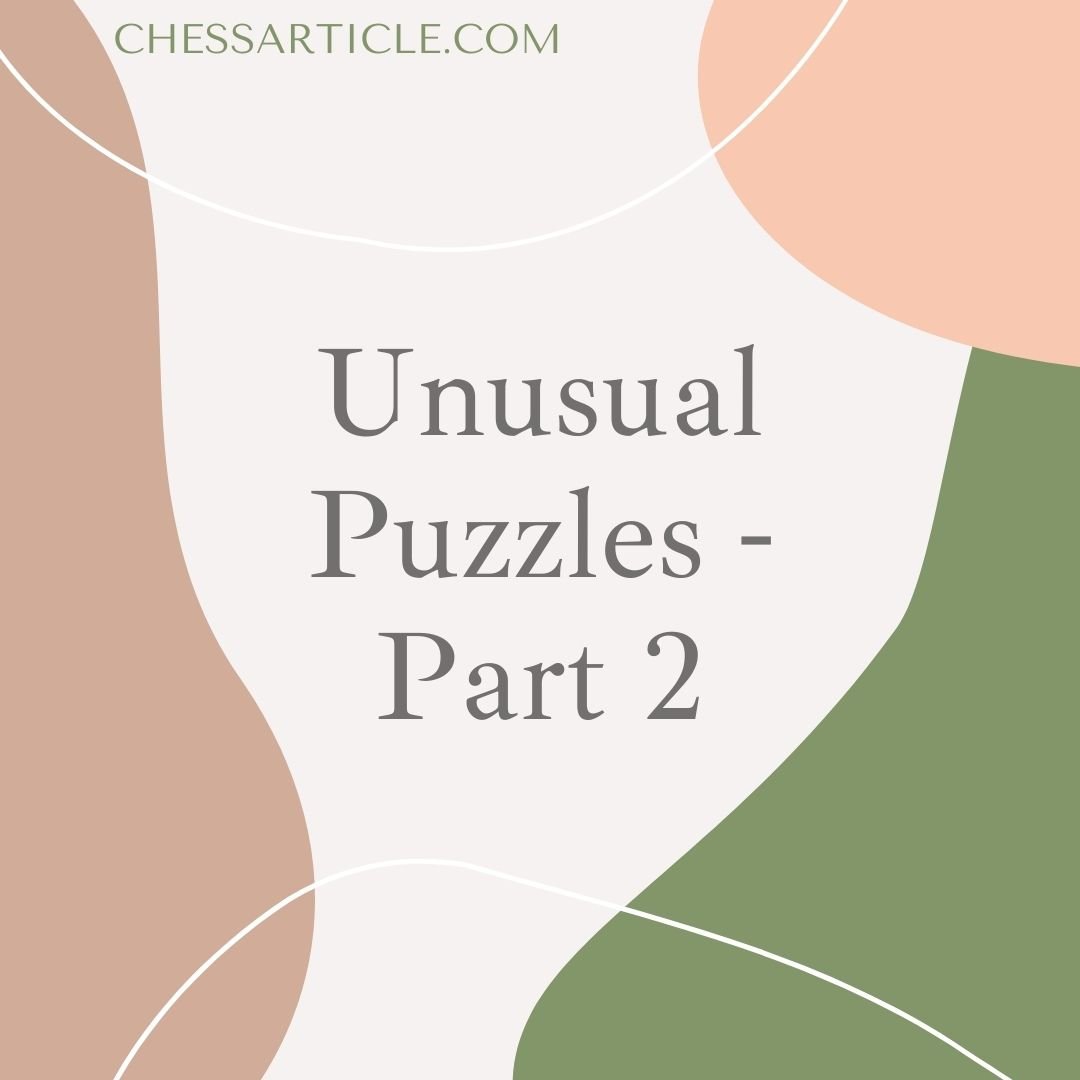 Today we present you with 2nd puzzle of the series Unusual Chess Puzzle. Check the previous puzzle here. Today’s puzzle is unique in its own way. The best part of such puzzles is that you just need to know how the pieces move. No need to have a rating or huge experience in chess. You can solve it through logical thinking. So let me present you the puzzle.

In this puzzle, white will play his 4 moves f3, Kf2, Kg3, Kh4. Black has to make legal moves and checkmate white on 4th move. You have the liberty to make any random moves with black to deliver a checkmate. Below I will show the diagram of moves for those who are not familiar with the notation in chess.

Those who don’t know the notation can play through the moves on lichess and paste the notation in the comments section!

Try solving this puzzle for at least 3 days before checking the answer below.