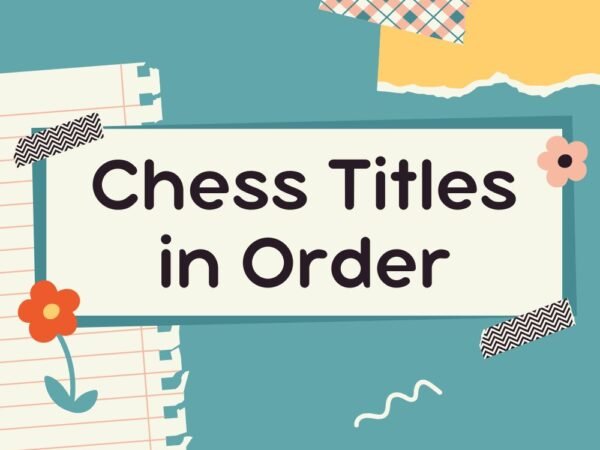 The title is sort of an award. When you get the title in chess, you get recognized as a titled player. However, the most prestigious title is Grandmaster. FIDE also created four titles for women to promote women’s chess. Currently, only 10-15% of women play chess compared to men. This number is even less in some countries.

In this article, we will see chess titles in order. We will mostly focus on chess players’ titles, but we will also see all other titles briefly. 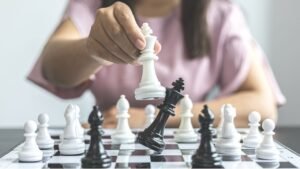 Usually, GMs get free entry and accommodation in almost every tournament in the world. Organizers are willing to offer money to play their tournaments. Grandmaster also charges a decent amount for chess coaching.

The requirement to become Grandmaster

To become International Master, the following are the criteria to follow

Women Grandmaster is the 3rd highest title given by FIDE. Women chess players can only achieve this title. Getting this title is far easier than the actual Grandmaster title, as a player just needs to cross the 2300 rating.

Following are the requirements to become WGM

FIDE Master is a special title to recognize strong chess players. Those players who cross the 2300 FIDE rating can apply for the FIDE Master title.

Organizers usually give a discount on entry fees to FIDE Masters. Also, the fide master is counted as a titled player in IM and GM norm regulation.

It is easy to get an FM title as it only requires a rating fulfillment.

Women International Master is, again, especially for women chess players. Getting this title is easy compared to the actual IM title. Here women players only need to cross the 2200 FIDE rating and 3 WIM norms.

Candidate Master is a special title created to spread more awareness about chess. This title is actually not very useful. Atleast FIDE Master is counted in norm calculations, but Candidate master doesn’t get counted anywhere.

The player needs to cross the 2200 rating to get the CM title. Anyone can apply for this title by paying a few dollars to the there respective national federation.

Women Fide Master is a title awarded to women chess players who crosses the 2100 FIDE rating. Any women player can apply to this once they cross this rating.

Women Candidate Master is a title awarded to women chess players who crosses the 2000 FIDE rating. Any women player can apply to this once they cross this rating. 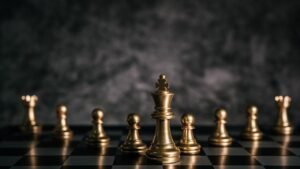 To recognize the work of chess coaches and trainers, FIDE has come up with a few chess trainee titles, which are as follows.

FIDE Senior trainer is the highest level chess trainer title. This title can be achieved by only a few people who worked with elite-level tournaments and helped players win high-level chess championships. This title application process is manual, and very few people can get this title.

All the below-mentioned titles can be achieved by any chess player who is fulfilling the rating criteria. Also, this title is dependent upon other chess aspects. You can read official FIDE guidelines by clicking here.

Chess Arbiter is an integral part of running any chess event. Two types of chess titles are awarded to arbiters: FIDE arbiter and International Arbiter. You can read FIDE’s official guidelines on this page.

International Arbiter title can be achieved by doing arbitorship in many chess events. To become IA, you first have to become Fide Arbiter. Arbiters need to score 3 IA norms to get this title. Also, there are grades in the IA title. Grade A is the highest level arbiter.

This is a basic level title awarded by fide to arbiters. This title also requires scoring 3 FA norms. 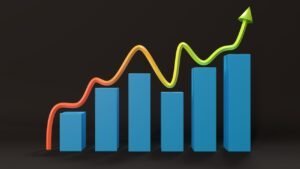 To recognize fide organizers, FIDE introduced a special title for organizers. There are various requirements to achieve this title. One of the major requirements is that the organizer should have organized International Chess events.

Is getting a chess title worth it?

Getting Grandmaster and International Master titles is totally worth it. Grandmaster gets next-level respect from all chess players and organizers. Players must spend thousands of hours practicing chess and in tournaments to achieve this success.

All titles get a few notable perks, like special titled accounts on chess.com and on lichess.org. Also, many organizers give discounts on entry fees and stay and food.

Also, if you are a chess coach, it is easy to get more students if you have a title.

Fide Trainer and International Arbitor is also great if you don’t want to play chess but do something in chess. To become a FIDE trainer, you need to have a FIDE rating of 2300, but to become IA, you don’t need to have any requirements.

How to achieve chess norms?

This is a separate big topic. But let’s see the requirements to get IM and GM norms in simple words. There are a lot of factors to achieve norms depending on the number of titled players from different countries, number of chess players in tournaments, no of rounds, etc.