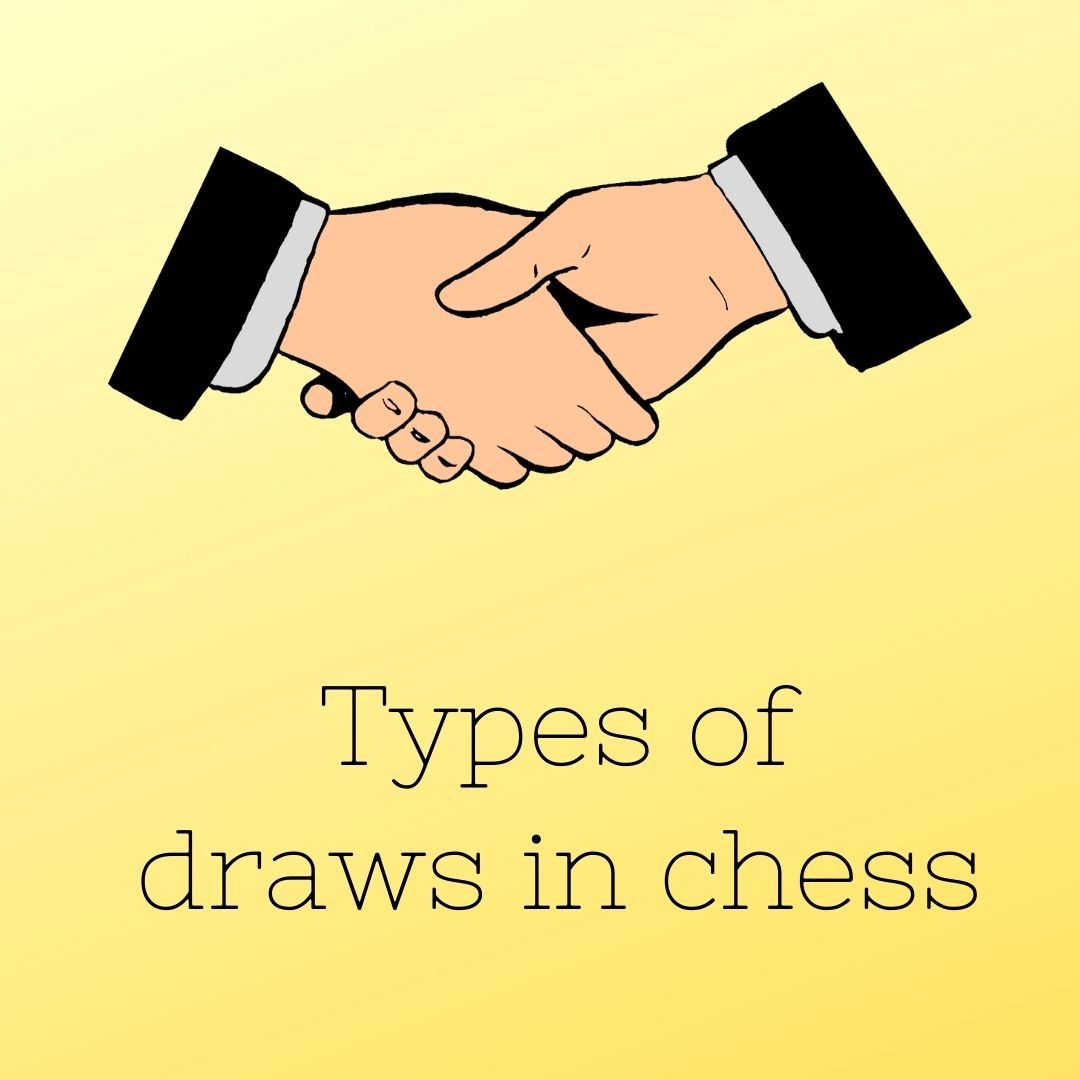 Chess is a complex game. It is a game we enjoy playing, but once we start playing it practically, we realize we cannot win every lousy position. Sometimes we need to aim to make a draw. A win gives 1 point, a draw gives 0.5 and a loss gives 0. In this article, we will see seven types of draws in chess.

When our opponents are strong, we realize that we sometimes have to bail out with a draw. A draw is not a bad result. Especially if we are losing.  There are various ways in which a game leads to draws in chess. Today I try to cover all of them.

1- Draws in chess by repetition

When both players are unwilling to progress in their position, they repeat moves. In this way, the game ends in a draw. This usually happens in Grandmaster games, as when they feel it is difficult to win; they decide to bail out with a draw. 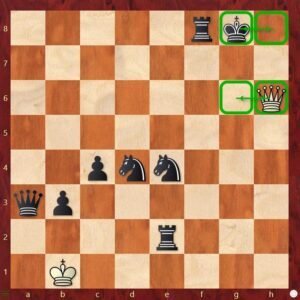 This drawing in chess is commonly seen in puzzles. When one side has missed a winning line, the other side makes a comeback by giving perpetual checks. Here the side receiving checks is not able to escape from checks. So the game ends in a draw.

In the above diagram, you can see that white is completely losing. But he can give checks by playing Qg6 and Qh6. Black also doesn’t have any option to win.

This is a draw that a player has to claim. Let’s say a game is going on, and the position currently on the board has been repeated three times but not in a sequence on the same moves. For example, a position occurred on moves 61, 68, and 72. This can be a draw if it fulfills the following conditions

If all these conditions are fulfilled, then one can claim a draw. 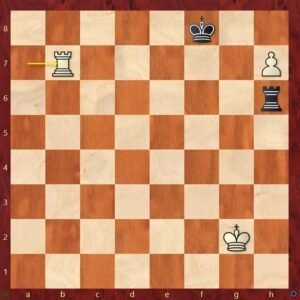 Fifty moves rule comes with a common myth. As 50 and 15 sound similar, many beginners confuse the 15-move rule. The 50-move rule is that in any position (not just with just king left on one side) where there is no capture or pawn move of straight 50 moves, it can be claimed as a draw. It states that the winning side lacks the skill to win a position.

I recently played a game where the above position arrived. My opponent tried for 50 moves but didn’t find any winning sequence. Then I claimed a 50-move rule, and the arbiter accepted my claim.

Stalemate is often seen at the beginner level. Initially, a lot of people end up stalemating their opponents. This happens due to a lack of technique. Once you learn proper techniques to checkmate with a queen or a rook, you rarely stalemate anyone. Also, there are a lot of puzzles to a stalemate. It is a valuable defensive skill. One can increase his level of resourcefulness with such tricks.

This needs not much of an explanation. Here one player offers a draw while the other accepts. This is usually seen in the last rounds, where players aim to win some prize with peace. It also feels good when you can easily make a draw and win a tournament.

7- Draw due to insufficient winning material

Draw also occurs when a side does not have sufficient winning material. There are a lot of positions where the material is insufficient to win. For example, A single Knight, a single Bishop, or two knights cannot checkmate the opponent king with the help of their king.

How to offer a draw to your opponent?

This is a very common question for beginner chess players. You can ask yourself a draw by saying I offer you a draw. Remember that you have to ask offer draw when you play your move. If you offer a draw before playing your move, your opponent can say play your move, and then even if you see a winning combination, you cannot do anything.

So these are some of the ways to make draws in chess. Do comment if you found this article helpful 🙂