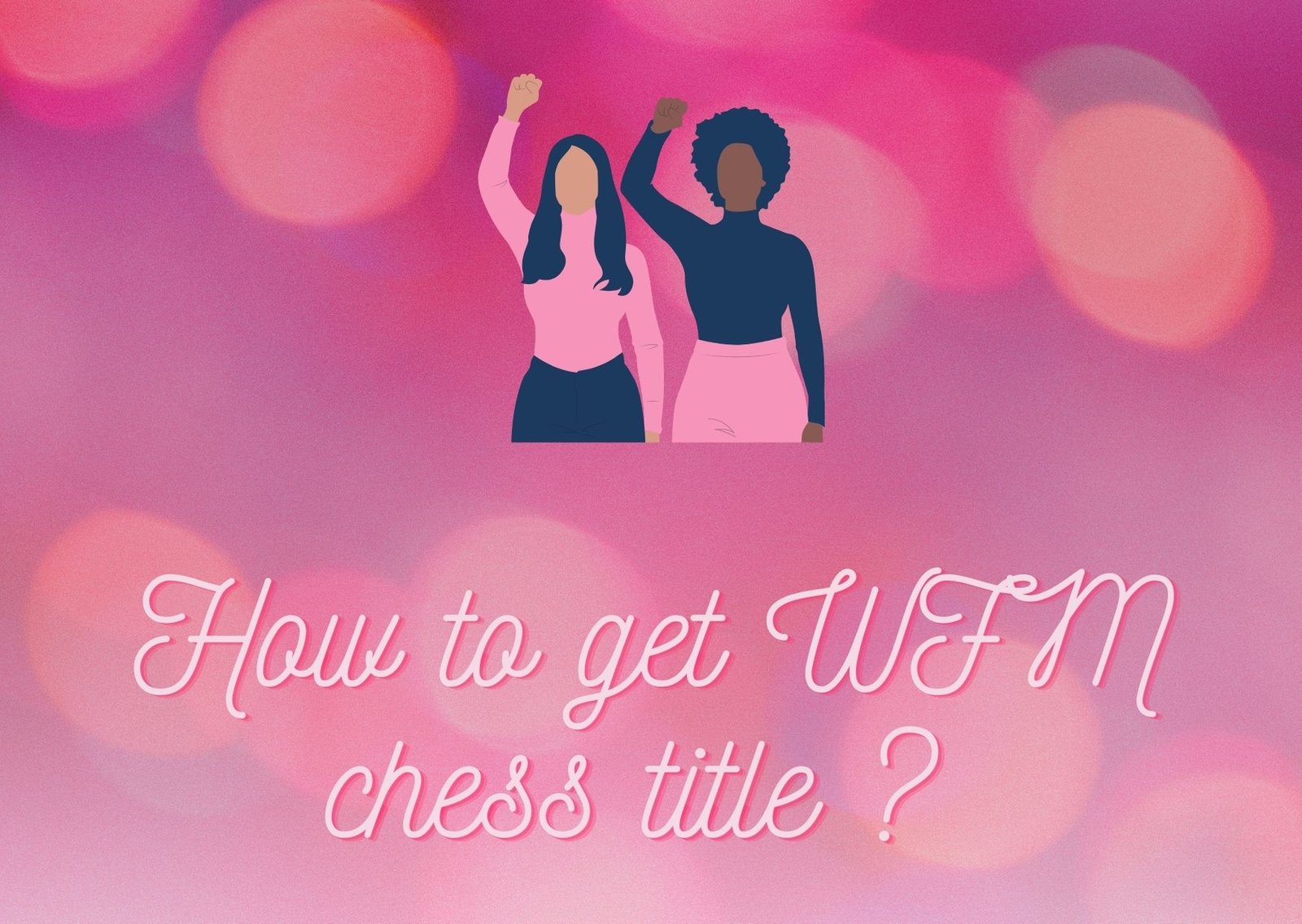 What does WFM mean in chess?

WFM means Women Fide Master. WFM is a prestigious title to get. WFM is also eligible to get free entry in some tournaments and they are also able to play a few strong tournaments due to their title. There are only 895 players who are able to become WFM in a chess career.

Benefits of having a WFM title

To get the WFM title, you need to cross 2100 in any FIDE list or live list. After that, you have to pay some amount to your national chess federation (around $100). After paying the amount, you will receive confirmation and title within 1-3 weeks.

Is GM or IM better in chess?

What does WIM mean in chess?

WIM is the title given to women international masters. There are very few players who get this title. For this title, you have to reach a 2200 Elo rating and achieve 3 IM norms. In some tournaments fide also grant titles to champions. Getting this tile is not an easy job.

Is WFM higher than GM?

If you want to read in detail about Women’s Fide master and all other official titles, then click here.