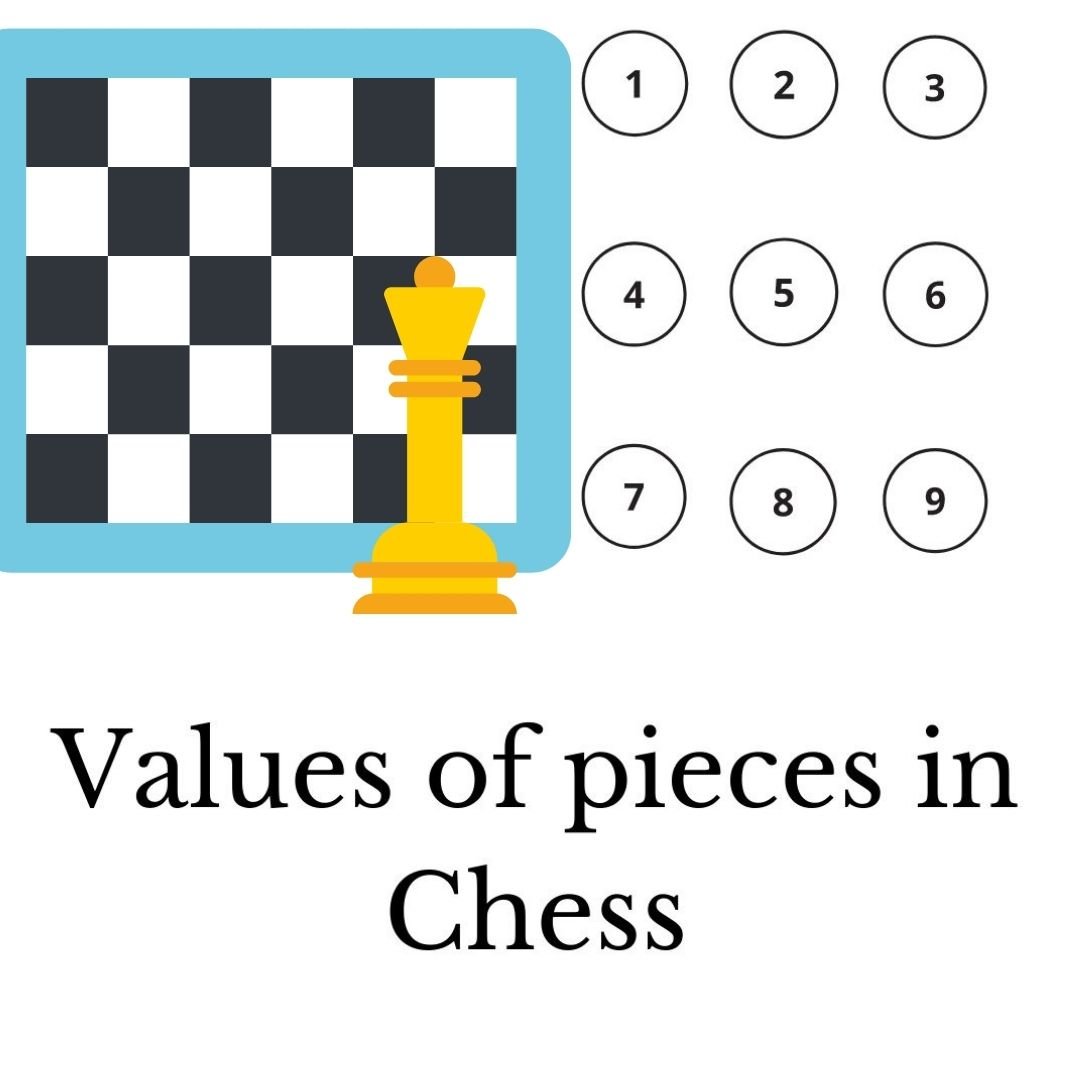 A knight is more powerful than a Queen right? It is the most unique piece and other pieces have similar movements. So how can a Queen be stronger than a knight? Today’s article is for people who are new to chess and want some basics cleared.

Playing Chess is not easy. We need to have a certain direction when having a decision at our disposal. Just look at the following position and decide what will you do.

The White Knight is attacking the black Rook and so the black should protect the Rook by moving it away. It is an obvious decision for a player playing regularly, but if you are new to chess how do you decide if a Knight is strong or a Rook?

So for this, we have the Points system in chess. Each Piece is allotted points according to its strength.  For that first look at how many squares does each piece cover at the maximum?

How many pieces are there in chess?

In chess, there is a total of 6 different pieces which are King, Queen, Rook, Bishop, Knight, and Pawn. each piece plays an individual role in a chess game and hence each piece has its own value.

There are a total of 32 chess pieces on the chess board as follows.

King and queen are the most important and powerful chess pieces on the chess board. That’s why we keep in the middle. Rook has a special ability to do castle in chess with the king. Hence we keep the rook in the corner.

Values of pieces in chess

As the whole game depends on the king, it is priceless! In number, the value of king is zero or infinite. Both are true. The main motive of a chess game is to checkmate on the opponent’s king and hence king is the most valuable piece in chess.

The Queen is the most powerful piece so it is given 9 points.

The Rook covers a lot of squares so it is given 5 points each.

The Bishop moves only diagonally and moves only in its original color. It is given 3 points each.

The Knight is the trickiest piece and moves in an L shape. It is given 3 points each.

Pawn is by far the weakest so it is given 1 point each.

So now you know which piece is stronger as compared to others, you can take decisions in your game according to it.

Chess pieces from strongest to weakest in order

Why point system in chess is very important?

The chess point system will help you to multiple decisions. For e.g. if you know the proper point system, you will never exchange Queen for a Rook because the queen is stronger than a rook.

Similarly, the rook is stronger than the bishop and knight.

The Point system in chess will also help you in doing long calculations and calculating sacrifices. There are multiple occasions where you have to do accurate calculations and understand your piece value.

Which is the most powerful in chess?

King is no doubt the most powerful piece in chess. Practically, the king does very limited work in middlegame and openings. Our first responsibility is to do king safety. That’s why we do short castles or long castles. This is because we don’t want to weaken our king and lose immediately.

Which is the weakest piece in chess?

Not a single piece in chess is a weak piece. Some pieces are less valued in terminology or for calculation purposes. In reality, no chess piece is weak. Even pawns can promote to 8th rank and make a queen which is the 2nd highest valuable chess piece.