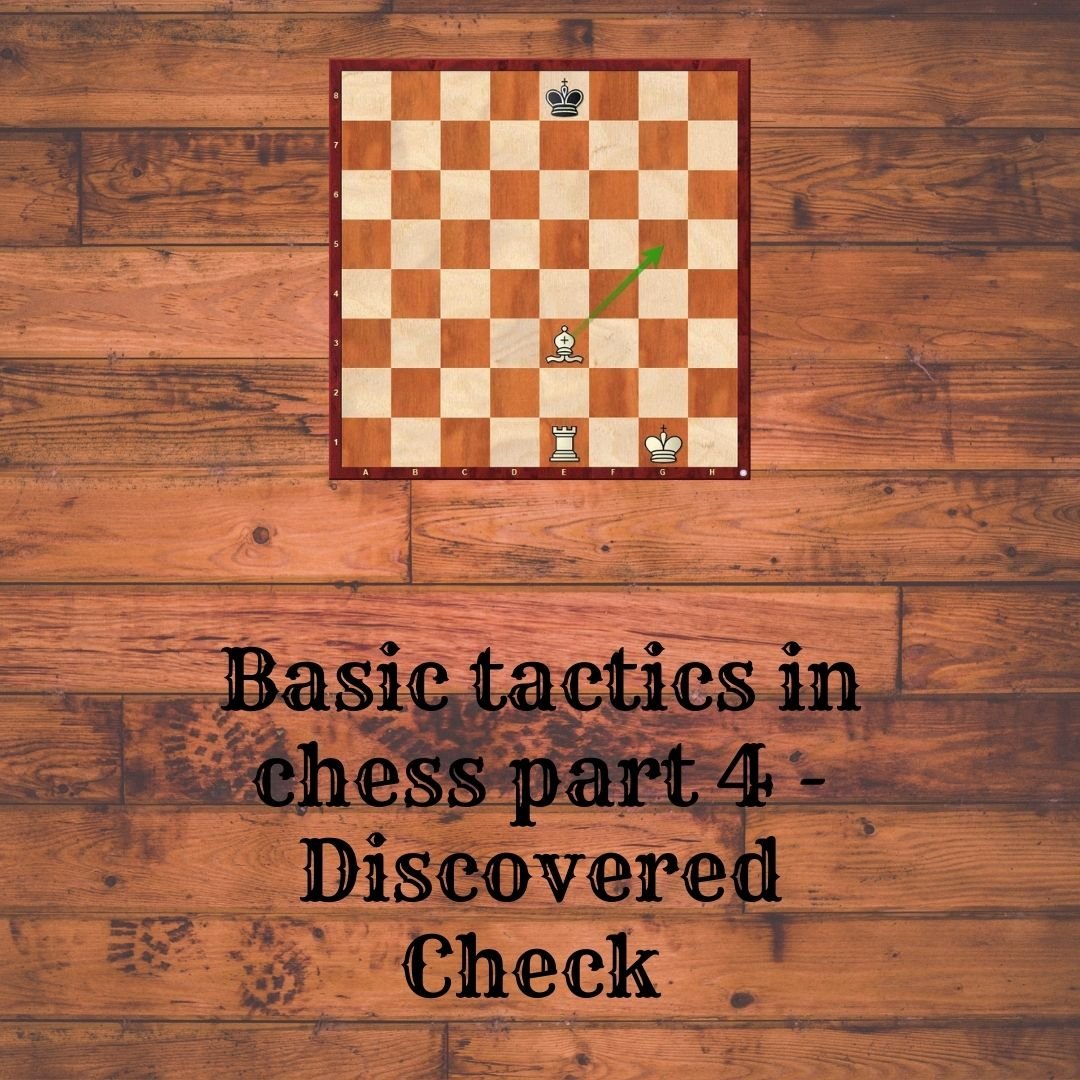 Till now we saw tactics with all sorts of frontal attacks. Pins, Forks, Skweres, Double attacks. All of them were done with the attacker having one piece which attacks the target. Today we will see how to do surprise attacks in chess. Discovered check and Discovered attack

Frontal attacks are easy to expect and judge and also easy to prevent. Hidden or surprise attacks need to be predicted and for this, it is really a task for the defender to ensure that he is not on the receiving end of something nasty! In wars, a surprise attack was a common tactic that was done to dismantle opponents’ harmony of forces.

So, similarly, when you are playing a game of chess, the position is totally under control, and suddenly there comes a check which leads to either heavy material loss or direct checkmate. Discovered check and discovered attack is a lethal weapon in chess tactics. One must have good practice of the same.

Discovered check and discovered attack is a theme where a long-range piece (Queen, Rook, Bishop) is behind a piece that cannot directly give a check or attack the targeted piece. For example, if the opponent’s King is on e8, And we want to give a discovered check from the same e-file, then the piece between the opponent’s and our Queen/Rook needs to be a bishop or a Knight or sometimes a pawn.

What is Discovered Attack in Chess?

There are multiple ways to set up discovered attacks but you have to learn a perfect theme.

Today we see a few positions on the discovered check as well as the discovered attack which will be followed by a popular opening trap! So let’s get started with the same –

In the above position, white moves his bishop and gives a check.

The above position arises from Petroff’s defense which is a popular opening nowadays. Also, the position comes after a blunder from the black side.

Black can win material with a check. So check wisely!

Here white has a clear way to win Queen with a discovered check. 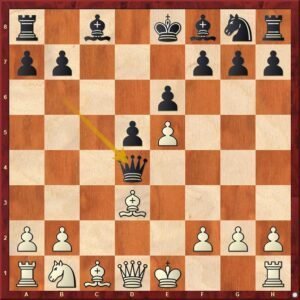 Again, white to play. This position pans out from the French Defense advance variation. Grabbing material early on in the game is bad and here is a good example of it.

So let’s see how we reach both positions where discovered check leads to a decisive advantage.

I remember when I was playing chess in my club, Someone beat me with this trap. I felt very bad but soon I got a few victories with the same moves!

I have played french defense for most of my life and this opening trap is quite common. Beginners often fall for it.