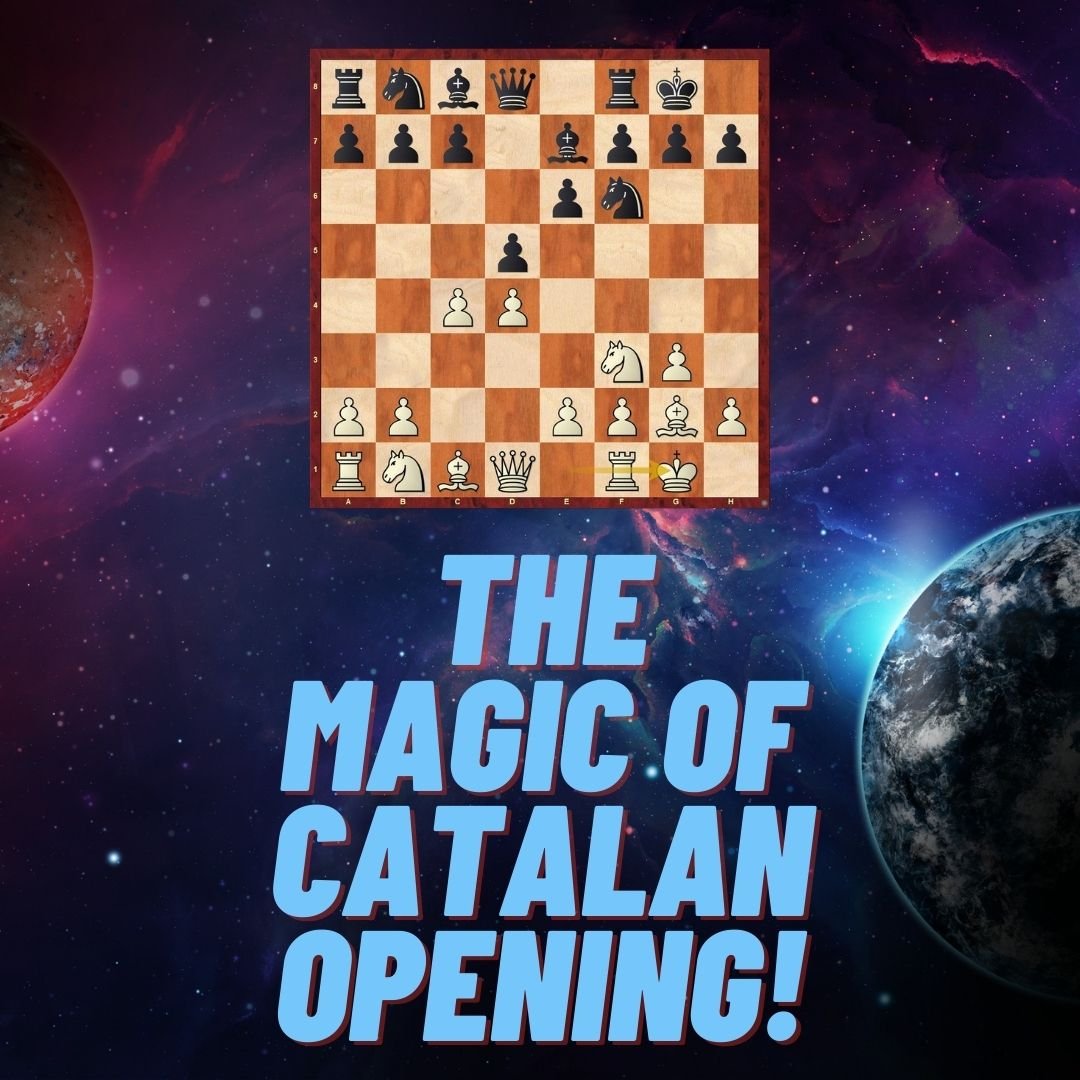 “In Catalan opening, I feel white is just one tempo short of winning the game!” – Anish Giri.

Mover order of the Catalan –

When to Play Catalan opening –

Catalan is a very Rich opening. It can be seen in elite tournaments as well as in club events. Catalan is hands down the favourite opening of a lot of top Grandmasters. Every Top player has once in his life played this opening. It can be used as a main weapon. As the positions which arise tend to give white a slight plus out of the opening in almost all the lines, it can be a sufficient reason for you to take up this opening.

Pioneers of The Catalan –

The Vladimir Kramnik A.K.A Big Vlad is one of the biggest pioneers of this system. Kramnik kept on bringing new tries in this opening when a few years seemed that Catalan doesn’t provide advantage. Before him it was Ulf Andersson who emphasized on exploiting the “c6-square”. Vidit Gujrathi is a player who has played Catalan for his life and also always comes up with a lot of variations which provide white decent advantage.  Daniil Dubov is always known as a creative person. Recently when he knocked out Magnus Carlsen in Quarter-Finals of one of the online events. His ideas like h4 or g4 in Catalan has shown that any opening can be turned into a creative one when you are creative yourself! The last one according to me is Erigaisi Arjun who plays Catalan quite often and has good sense of the positions which arise in the middlegame.

Concepts of The Catalan opening –

Whatever knowledge I present here will be according to my current understanding. These concepts will vary according to positions. Catalan has vast depth. Let’s see some common concepts –

These were a few concepts, as we all know the depth of Catalan, its difficult to explain all concepts here. I will try to come up with another article on Catalan which will have a few different concepts.

How to Prepare Catalan –

There are a few approaches I will suggest on preparing the Catalan. These depend on your style of play so choose wisely! –

Final Words about the catalan opening –