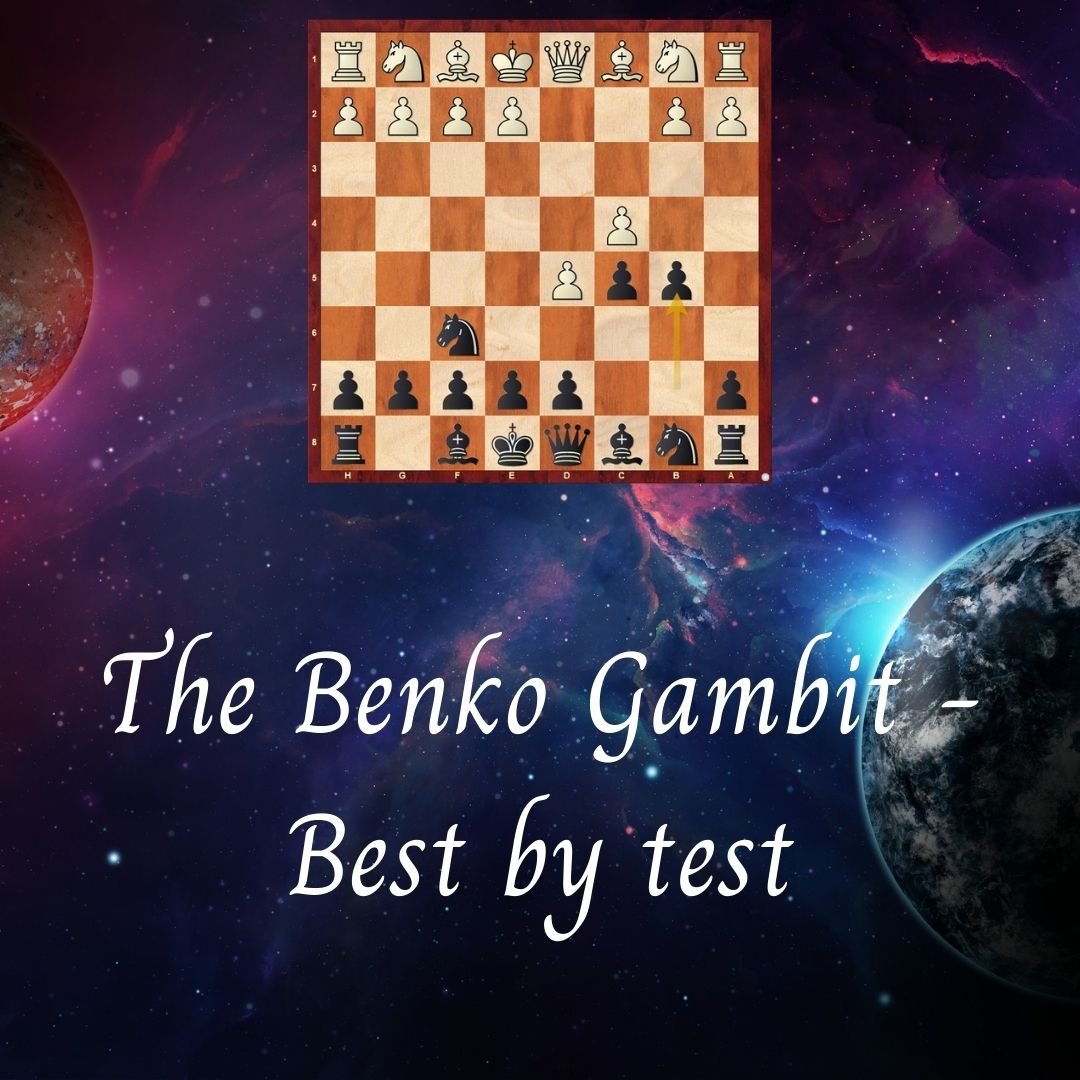 A gambit in chess is a pawn sacrifice. Sacrifice given to obtain an attack against the opponent king, or get some positional compensation. These gambits give a long-term initiative for the side which uses the gambit. If the side accepting the gambit is able to digest the pawn and manage to consolidate, then the material advantage makes its presence felt. Today I will share my knowledge of the Benko Gambit.

The player giving a pawn gambit has to be precise with the following sequence of moves as the initiative evaporates quickly. It is better to do ample amount of homework and play 10-15 training games to use gambit lines in a tournament.

You can definitely play a gambit line directly over the board, but to do so, you will have to consume decent amount of time, where as if you study the gambit at home, you can save the time and make the moves quickly to put your opponent under pressure.

This strategy is useful as the player accepting the gambit is not only dealing with finding only moves, but also facing time deficit. Gambit lines for initiative – Kings Gambit, Budapest Gambit, Blumenfeld Gambit, Evans Gambit, Vienna Gambit etc.

The gambits for long term compensation are very few, but they do bring interesting positions and concepts.

The side accepting the gambit has to give some positional considerations. Example – slow development, losing the right to castle, paralyzed pieces, etc.

Here the danger is not on the king, but it cannot be taken lightly as anytime the opponent can strike a decisive blow! Gambit lines for positional compensation – Benko Gambit, Albin Counter Gambit etc.

The history behind the Benko Gambit

Benko Gambit / Volga Gambit is named after the Hungarian/American GM Pal Benko and River Volga. Pal Benko brought this line into fashion with his successful implementation in 1967 against Milan Vukic.

His concept was to sacrifice a pawn on the Queen’s side to rapidly develop pieces and hamper white’s castle with the Light squared Bishop trade.

Here the concept  is to sacrifice a pawn to open lines on the queen side which will later help use to exert pressure using those open files. The line continues – 6.Nc3 Bxa6 from here white has mainly two approaches, either to go for the main line or to fianchetto the light-squared bishop

There are other approaches from white side against the Benko gambit like declining the gambit with 5.b6!? or opting for Samisch Variation with 6.f3 or totally not allowing Benko Gambit with 3.Nf3/3.e3. I will cover these options in some other articles in the future.

When to play Benko Gambit

Benko Gambit is of positional nature so most of the positional players use it as a surprise weapon. Although it has been used by Former World Champion Garry Kasparov, Veselin Topalov, and current World champion Magnus Carlsen, all of them have used Benko Gambit only for a one-game approach. This states that the nature of this opening is suitable only when your opponent is not expecting it.

Pioneers of the Benko Gambit

There are a few notable GMs who have played Benko Gambit over the board. In online anyone can try it as nothing is at stake but in over-the-board events you need to have a deep understanding of the positions. Lev Alburt a Russian Grandmaster who currently resides in the USA, and Swapnil Dhopade an Indian Grandmaster are the two names who pop up immediately in my mind when I think about Benko Gambit.

Concepts of the Benko Gambit

Yes! It is possible to play the Benko gambit with inverse colors. It depends on black’s response. A sample line is – 1.Nf3 d5 2.g3 c5 3.c4!? d4 4.b4 and we are a tempo ahead in all the lines. This can be a very useful move order to trick opponents who don’t understand subtle move orders. If Benko Gambit works with black it can give an easy play position with white!

How to Prepare Benko Gambit

1- Benko Gambit can be prepared by watching the following videos. What I like about this stream of ChessbaseIndia is that GM Swapnil Dhopade explains the Benko gambit in detail and also shows his games.

2- The course by Lev Alburt is an instructive one. The Grandmaster himself has played the opening quite extensively and with decent success. You can check that from here.

3- The Chessbase DVD by Erwin Lami also provides an in-depth repertoire for anyone who wants to learn the Benko Gambit from scratch. The Dutch GM gives conceptual ideas as well as concrete lines in his repertoire. So, make sure you go through these. You can find it here.

4- Play lots and lots of training games! Even if you check any book or DVD, at the end you have to go out and play yourself. Once you sacrifice that pawn and land in the position on your own, only you will get the feel of the position.

You can read the article on how to prepare openings here.

Benko Gambit is a very interesting opening and one should play it at some point or the other in his/her life. It will enhance your positional understanding and make you comfortable with playing middlegame and endgame a pawn down! Good luck 😊 and have fun!