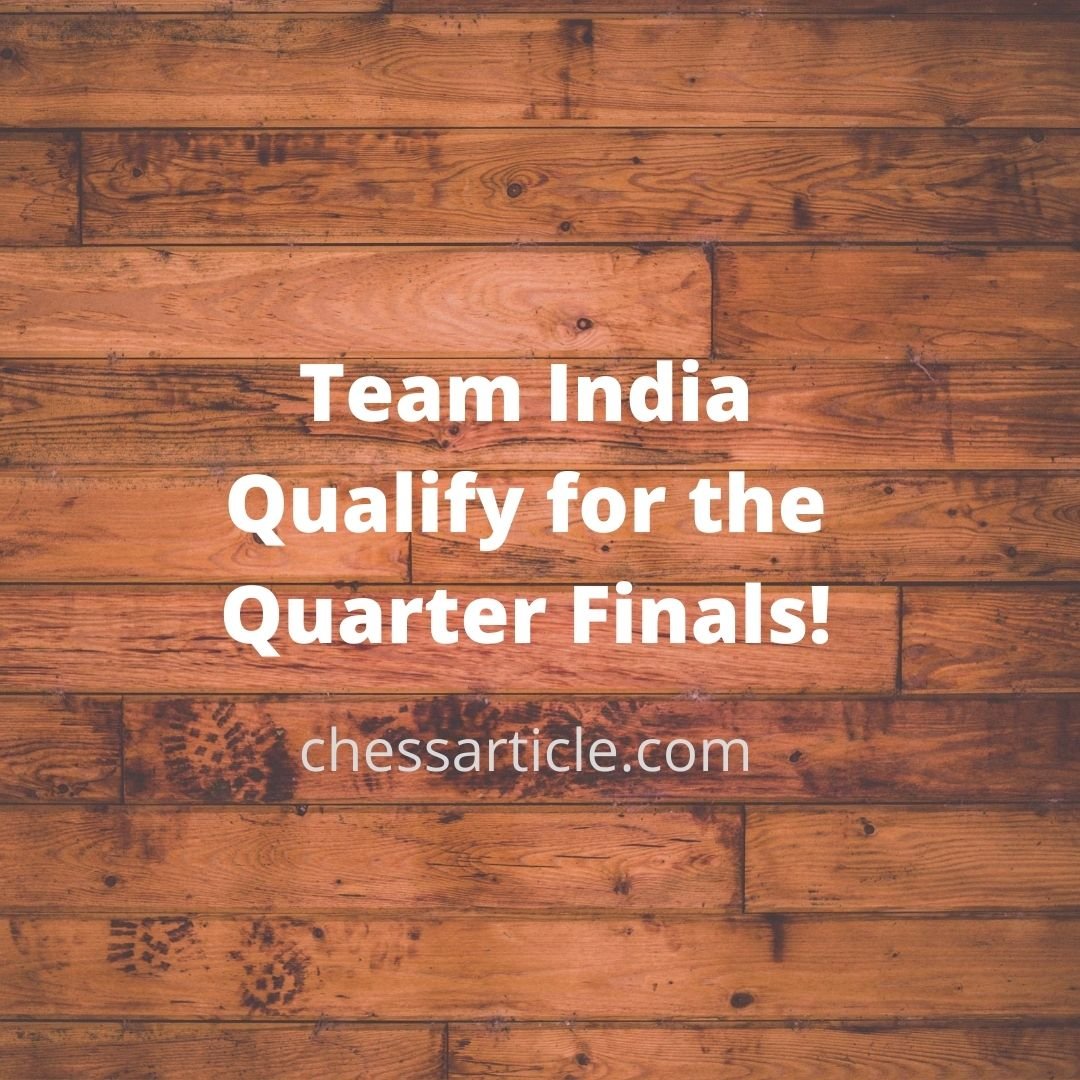 The rules of the Online Chess Olympiad state that the team winning their respective pool stages match will directly qualify for the Quarter Finals whereas the 2nd and 3rd rank teams will have to play pre-quarterfinals. Due to the Mishap which in our match with occurred with Mongolia yesterday, to top the group, Team India had to beat China. Let’s see how Day 3 went.

India was the favourite in the match, but having had a setback against Mongolia everyone had their eyes on how our team deals with the situation, The main star of the match was Pentala Harikrishna who won a Rook pawn Endgame 3 vs 2 same side where he was a pawn down! The way he tricked his opponent was so amazing. That will be my game of the day! The only loss was in the game of Harika. Praggnanandhaa and Divya brought the other wins for Team India

With the win in the previous round, India had qualified for the pre- quarter-finals, now it was all about the top spot. Germany being a balanced side managed to put up a great show. India Captain, Vidit Gujrathi scored a crucial win in time pressure, while Bhakti and Vantika won smoothly.

It all came down to the last game, everyone had their eyes on this match. China was the favourite on cards but Team India had other plans in mind. Smoothly drawing top 4 boards, all the action was left over to the junior players. Praggnanandhaa played an exceptional Endgame while Divya Deshmukh showed us how to beat opponents in time pressure.  Praggnanandhaa was the top performer in Indian Team with 5/5 !! Thus India won the pool stages and qualified for the Quarter Finals.