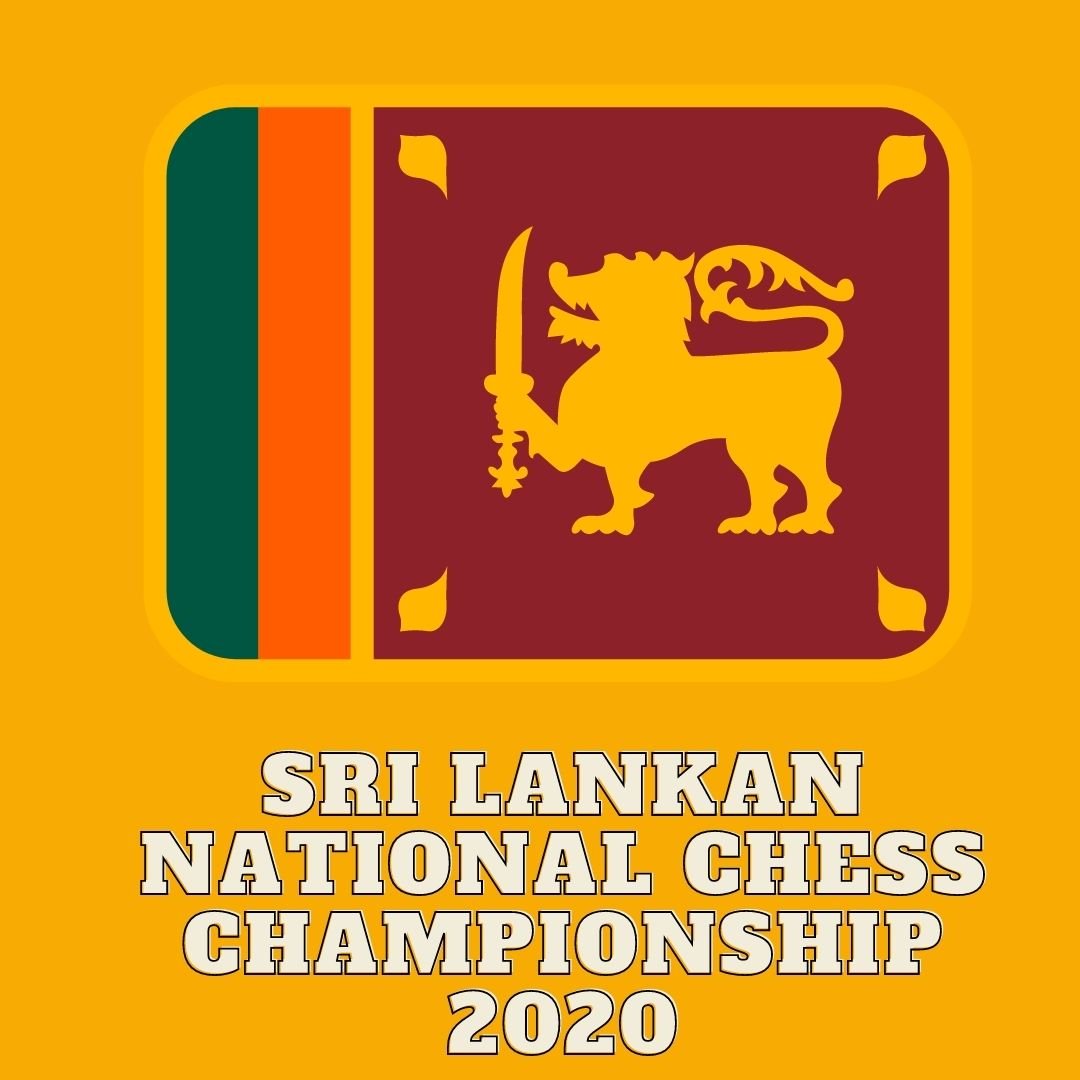 The first question nowadays is, is this an online event or an OTB event? It is an OTB event! You read it correctly! It was an Over The Board (OTB) event! Sri Lankan National Chess Championship 2020. The event was the topmost considered event of the country as this event is also considered for who will represent the Country. Also under the COVID circumstances, this is a big relief that OTB events are starting to happen in various countries. The venue was Taj Samudra! The games were live-broadcasted, all players were given jerseys. The playing conditions were amazing, this just proved that the standard of event was upgraded!

The line-up of Men’s section

In the men’s section, the fight was between CM Liyanage Ranindu Dilshan(the eventual Champion ) and FM Minul Sanjula Doluweera(Runner-Up). The leaders faced off in Round 10 when Liyanage beat Minul with the white pieces. Later Liyanage maintained the lead to win the championship.

It was amazing to see youngsters winning the event being throughout in lead! Both CM Liyanage and Nethmi maintained the lead with crucial wins on-demand to claim the championship! Both players won their maiden national championships in the senior’s category.

Link of broadcasted games in Men’s section is here.

Link of broadcasted games in Women’s section is here.

Special thanks to FM Minul Doluweera and his coach Pawan Dodeja for sharing information about the event!