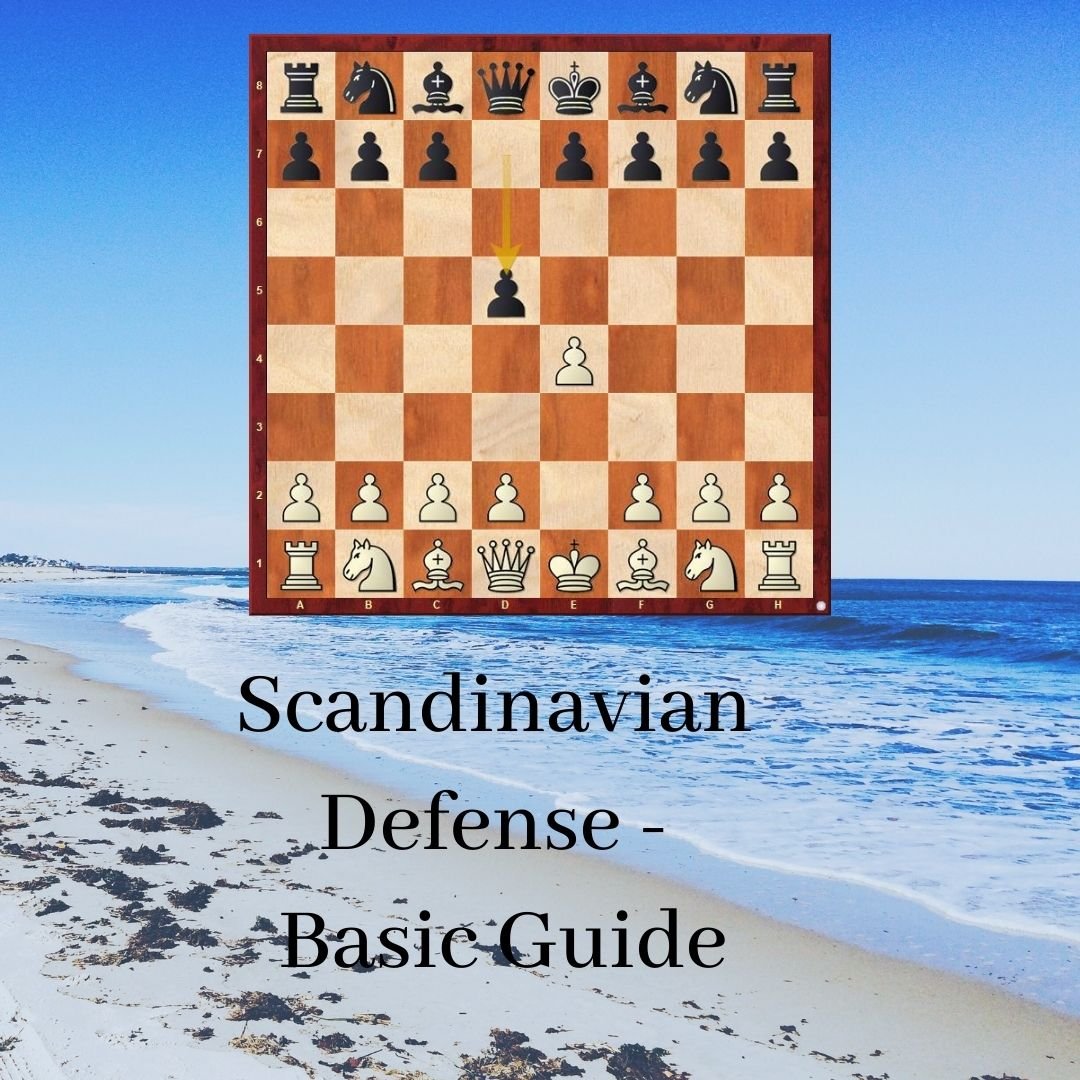 Are you bored of the mainstream theory in Sicilian, Italian, Ruy Lopez, or Carolann? Are you looking forward to playing some creative chess and at the same time you want imbalances, then try out the Scandinavian defense. Scandinavian is also known as center-counter. It is an opening based on creating imbalances in pawn structure and going for a slightly odd approach from the start.

From the above file, you can see that Black is instantly challenging white in the center. However, in chapters 2 and 3 white gets a good lead in development in the main lines. This opening also leads mostly to opposite-side castlings. Black has a strategy to trade his light-squared bishop for the knight on f3 and then put his pawns on c6 and e6 to get a solid structure.

In chapter 4 we can see that black goes for sharp complications based on pawn sacrifice which allows him to get the upper hand in development. This makes it the turning factor in most of the games. It is suitable for players who love sacrifice and initiative.

This opening starts with 1.e4 d5. After e*d5 Q*d5, Black’s queen gets exposed and immediately threatened with a white knight. This is why black waste another move and are eventually in a worse position. Although, white also needs to play accurately to get a good result.

Overall, white gets a comfortable position in every variation in Scandinavian Defense. Following are the main options available for black.

Min line starts with 1.e4 d5 2.exd5 Qxd5 3.Nc3 Qa5. This is the most popular opening in Scandinavian Defense.

In this opening, Black plays 3… Qd6 instead of going to the main line.

Modern Variation becomes quite popular in recent times. In this opening, black gives one pawn sacrifice to get better development chances. Although, if white plays well, it ends in winning for white.

How to counter a Scandinavian Defense

If you see recent games, no one is playing this opening on the top level in classical games. The main reason is this opening is minus for black. We will see few openings to play against Scandinavian Defense to win Quickly.

It is also important to play aggressively against these openings. If white starts passive play, it becomes very difficult to maintain equality for white.

This is one of the variations which I liked most from the white side. It is very easy to play and white ends up in a good position. You can refer following study to get more understanding.

The main line is one of the best ways to play against Scandinavian Defense. Usually, every variation in the main line is better for white. White needs to be alert and play accurately to avoid traps and tricks from black.

Best books and courses to prepare for Scandinavian Defense

There are various resources available to prepare Scandinavian Defense from both sides. We listed a few best books and courses which will help you. As always, purchase only one book or course at one time. Once you finish that book, go with another.

Another player who played Scandinavian against the player from Scandinavia world champion Magnus Carlsen and also had him on ropes was Bhaskaran Adhiban. He played an interesting game and also went for complications which almost yielded him a full point. But as he missed his chance, he couldn’t win the game.

Do check out the videos below to improve your knowledge of Scandinavian Defense.