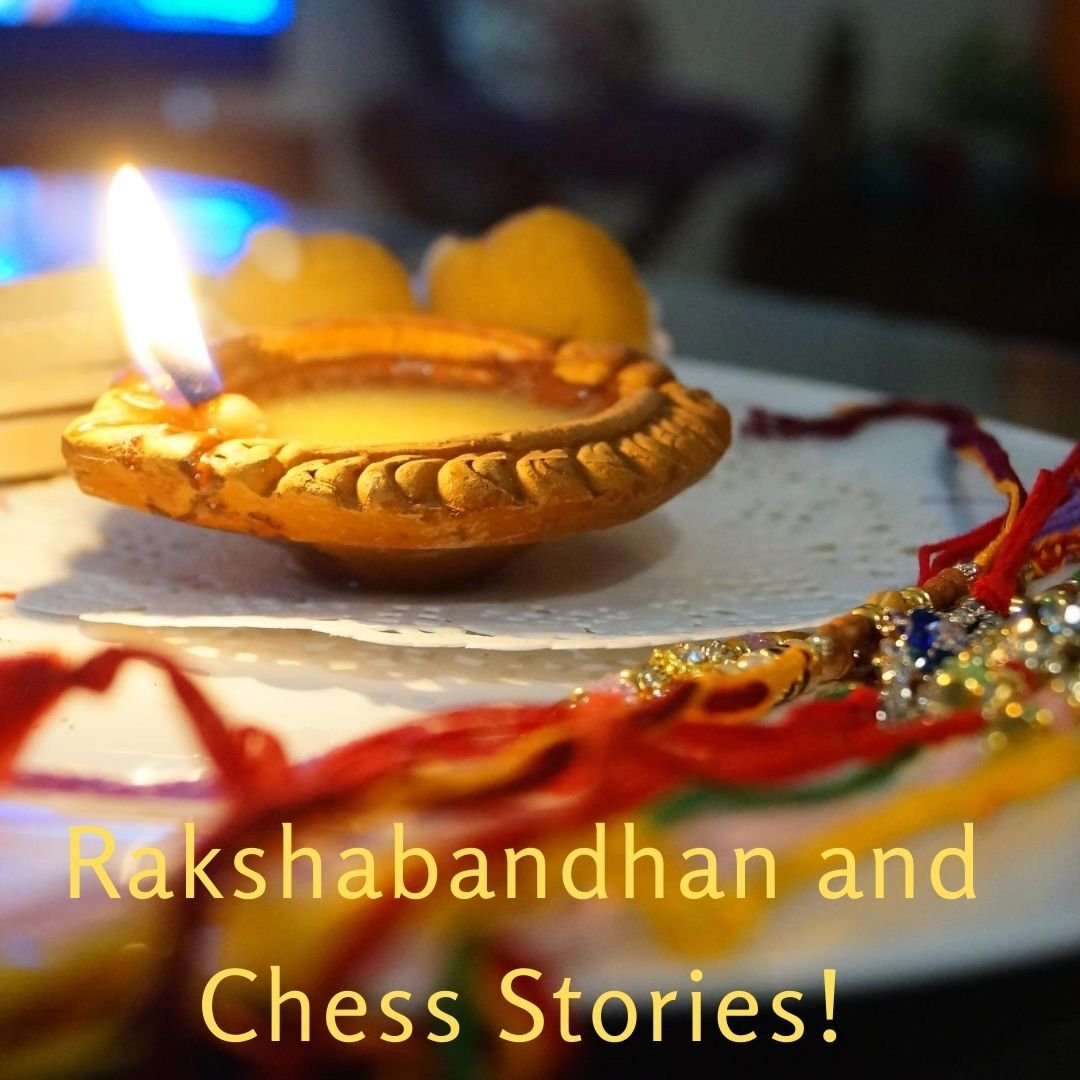 Rakshabandhan is an auspicious festival in India. The sister ties rakhi to her brother and in return, the brother promises to protect her for her whole life. So this Rakshabandhan I present to you some of the Brother-Sister duos from Maharashtra who made a mark on the chess map!

Got to know how they started chess and how having a partner in the family was a plus point for them, some interesting incidents, and their face-offs against each other in the tournament.

The journey of the Kunte brother-sister in the royal game of chess started when Phadke sir saw Mrunalini Kunte playing in the interschool tournament.

Back then in 1984, there were very few girls who used to play chess. As Mrunalini Kunte recalls, Phadke sir noticed the spark in her game and insisted her parents enroll her in his chess class. Within a few weeks, even her younger brother Abhijit joined her.

With regular practice, Mrunalini made the cut in the state sub-junior girls championship to qualify for the National Sub-Junior tournament. The glorious run continued as she stood Runner-Up at the 2nd Sub-Junior (girls) chess tournament in 1985.

Within a year she had made remarkable progress, so it was natural for her brother to follow in the same footsteps.

Mrunalini admires Abhijit’s vision, judgment, and out of box thinking. She shared an incident when both of them had gone to Spain in 1996, Abhijit beat a Grandmaster.

The Grandmaster was so upset and angry that he didn’t even sign the score sheet! But what was remarkable for Mrunalini was she witnessed Abhijit’s matured reaction to how calmly he signed both the score sheets and dealt with the situation.

On the other hand, Abhijit looks at Mrunalini as a hard-working person. He shares the incident from the same year 1996 when Mrunalini won the Women’s National Championship and Abhijit finished at the bottom in the Open group, taking inspiration from Mrunalini., Abhijit won the National A next year!

When I asked her about their direct encounters in the tournament I got a typical answer in the form of an elder sister “In the two games we played in the tournament, I never wished Abhijit to lose”.

The Kunte siblings believe that this lockdown is a time when people are taking up new hobbies, so chess will be a good way to utilize the time. Having a sibling gives the additional opportunity to exchange ideas and discuss chess a lot.

Plus they can play n number of games. They also point out to play over board chess rather than to play online.

It was the year 2004 when Shardul was introduced to chess. He was quick at picking up the game and developed a liking for it.

This is reflected in his results as he won the U-07 Nationals. This attracted Shalmali to play the game. She also won her National Sub-Junior convincingly.

Recently when both the players played in Pardubice Open 2019, shardul informed Shalmali that scoring 5.5/9 was sufficient for a WGM norm.

They used to prepare together and at a crucial game, Shardul’s advice on specific opening proved vital to her to score the norm.

Both of them recall facing each other in a few tournaments where mostly the games would end in a draw. Shardul has grown as an all-around player but his tactical vision and speed to assess the position are admired highly by shalmali whereas shardul appreciates her positional play.

They believe that siblings can be the best partners as we do have coaches, parents, and friends to support but the siblings can play together daily, work on chess with some ideas like one studies a game and then takes it as a test for the other player.

To use the tough times to our stride is a rare quality. Mr. Patil father of Pratik, met with an accident in 2002, so how did he utilize the time when he was recovering in the hospital?

He taught his son the game of chess! This is how Pratik started playing chess. Pratik recalls playing a National U-10 in Mumbai where he lost just 2 games and finished 6th. His start in chess wasn’t planned. But when Bhagyashree was 3 years old, chess came to her naturally. She was curious about chess.

A memorable incident they recall is when both were playing in Al Ain, Bhagyashree playing in Under-08 Girls and Pratik was playing Under-18 open. Pratik was having a forgettable event but his sister was at a striking distance for the podium finish.

The pairings for the final round were out. The game was at 9.30 am so Pratik made Bhagyashree go to bed to have a good sleep when it was around 10 pm.

He sat down to study her opponent’s games and till 2.30 am he had figured out an opening with a few plans where things would be in Bhagyashree’s favor. Then again he woke up at 7 am and showed her everything, preparing all the details.

She went confident to the board and got the same position that Pratik had in mind. She scored the crucial win and was rewarded the Bronze Medal!

I questioned them about the qualities they admire in each other – Bhagyashree likes Pratik’s Never Give Up attitude while Pratik enjoys watching Bhagyashree fight in equal positions.

When I asked if they both had played each other in any tournament, Bhagyashree said: “They played 4 times and it was Bhagyashree who always had the advantage but the score is 4-0 in Pratik’s favor!”

Both of them were of the opinion that having a sibling gives the extra benefit to prepare openings, having a healthy competition, and also discussing everything during tournaments.

So these were some of the top Brother-Sister duos from Maharashtra.

As it was tough for us to cover everyone till Rakshabandhan we decided to cover other stories on Bhai-Dooj or the next Rakshabandhan. Do share your Rakshabandhan stories with us in the comments section.