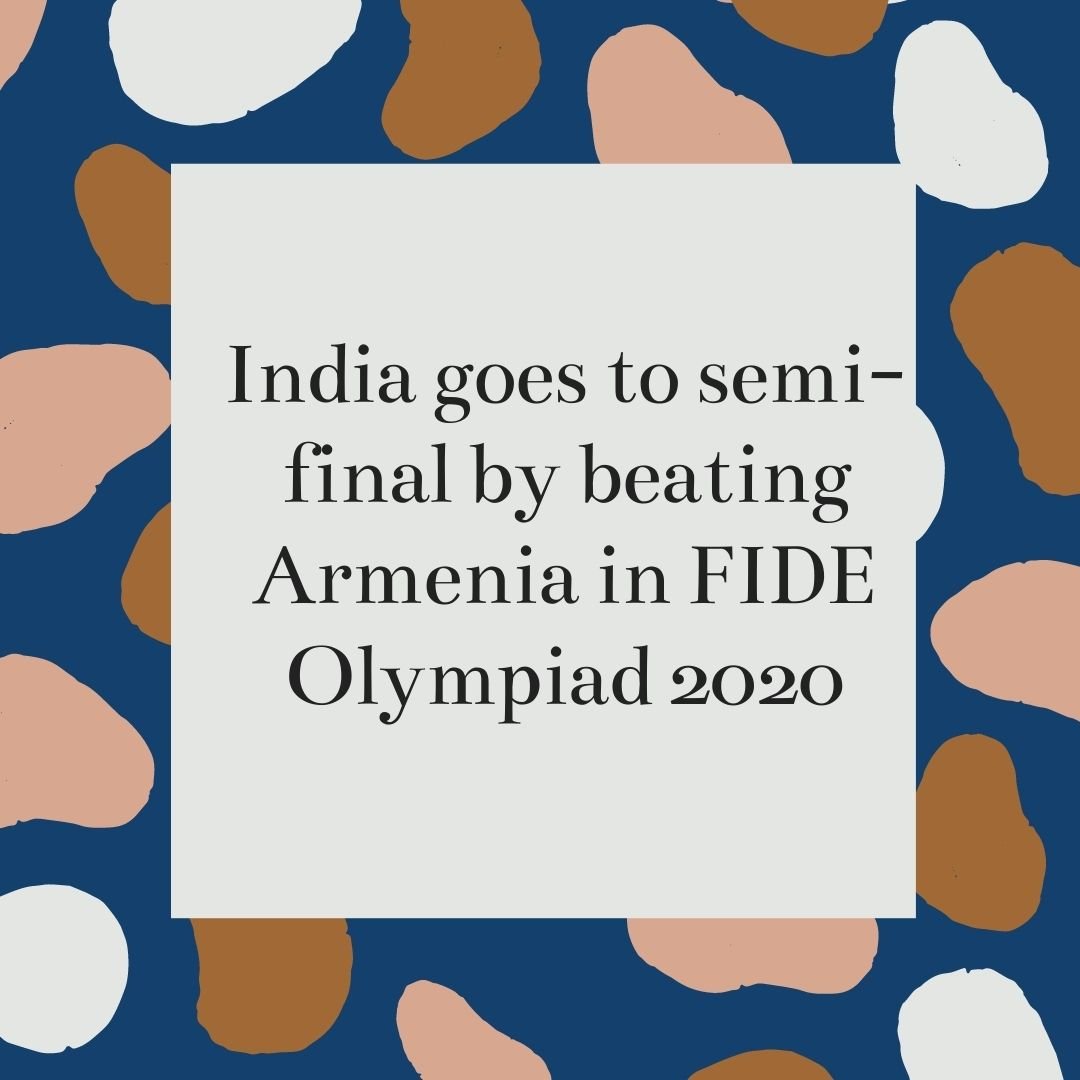 Two powerhouses in Chess clashed on Thursday in the Quarter Finals of Online Chess Olympiad. There were 2 matches to be held between the teams. So for the first game, the matchups were –
photo

Anand drew Aronion in a Petroff. While Vidit beat Gabriel Saggasian when the latter player blundered a queen. Humpy lost a long-fought game where she had an advantage earlier but misplayed and her opponent Elina Danielian converted the position. Our star D. Harika once again showed her magic with the black pieces as she outwitted her opponent tactically and won the game. Nihal Sarin on board 5 was facing Haik Martirosian. Due to some internet issues, Haik lost the game which was a probable draw. On the last board, Anna Sargassian beat Vantika Agrawal when Vantika missed a fork. So India won 3.5-2.5

Team Armenia Appealed that the technical issue was not their fault but FIDE and later Appeals Committee both declined the appeal. Thus the Armenian team decided to opt-out from the Olympiad. India did qualify to the semi-finals but not in the way anyone would have wanted to. We pray that the team is in a good frame of mind today to face Poland!

all games of Quarter-finals India-Armenia