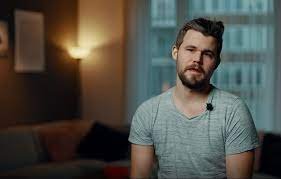 Today, when I am writing this article grandmaster Ian Nepomniachtchi, drew his game against Maxime Lagrave of France in round 13. Nepo has already secured his candidate’s title despite whatever happens in round 14. Nepo already scored 8.5/13 and in 2nd position, Giri scored 7.5/13.

Who is Ian Nepomniachtchi?

Ian Alexandrovich Nepomniachtchi is a Russian chess grandmaster. He was born on 14th July 1990. In October 2016, Nepomniachtchi was ranked fourth in the world in both rapid chess and blitz chess.

In 2016 Nepomniachtchi won the 7th Hainan Danzhou tournament in July and the Tal Memorial in October.

In 2020 December he won the Russian championship with 7.5 points out of eleven matches, edging out GM Sergey Karjakin by half a point.

In all Nepomniachtchi is a very strong player.

Who is Magnus Carlsen?

Almost 99% of people who are reading this article will know who is Magnus Carlsen. Magnus Carlsen is a current world champion and he is from Norway.

Carlsen became World Chess Champion in 2013 by defeating Viswanathan Anand. In the following year, he retained his title against Anand, and won both the 2014 World Rapid Championship and World Blitz Championship, thus becoming the first player to hold all three titles simultaneously, a feat he repeated in 2019. He defended his classical world title against Sergey Karjakin in 2016, and against Fabiano Caruana in 2018. Carlsen surpassed Sergei Tiviakov‘s unbeaten streak in classical chess of 110 games.

Dates and place of the world championship match.

World Championship Match will be conducted in Dubai from 24th November 2021. Originally it was planned in 2019 but due to the corona tournament get postponed. Now most probably dates are final

Carlsen vs Nepo who will become champion?

This question is very difficult. generally, most people will say Magnus for sure but I will say no have almost equal chances. we will publish a detailed comparison report in some other articles but generally, both players have equal chances.

Nepo also has a very good score against Carlsen compared to other players. In total, they have played 23 games as per Fide record but in which Carlsen won 8 games and nepo only won 2 games. Nepo obviously finds it difficult to win the world championship match but it is not impossible for him.

Nepo is called as the finest player in the world and we are very excited to see what happens exactly in the world championship match.