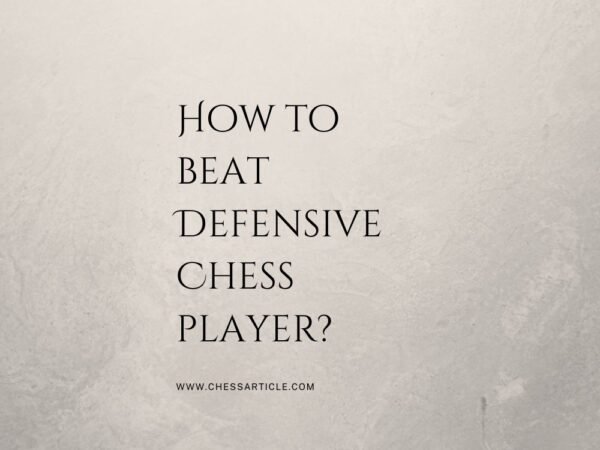 Defensive chess players are usually good at playing against tactical chess positions and usually get time pressure. But generally, it is very difficult to play defensively than to play attacking. You have to play accurate moves when you are on the defensive side. They play many waiting moves and try to catch the opponent’s mistakes.

Many strategies can be implemented to beat a defensive chess player, but you have to choose them wisely. Let’s see some strategies. 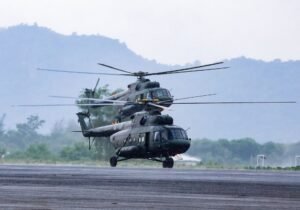 How to beat Defensive Chess player?

The best strategy to beat a defensive chess player is to play chess aggressively. Usually, when you play attacking chess, it becomes difficult for your opponent to play accurate moves. To play aggressively, you have to choose aggressive openings. If you are playing rapid or blitz chess on chess.com or lichess, the best way is to choose the aggressive openings that suit you most.

This section will show a few ways to beat defensive chess players.

This is the most important thing to beat any chess player. You have to choose a good chess opening where you are most comfortable. Choosing openings is also an art. You can use your coach’s help to make a perfect opening repertoire according to your style.

If you don’t have a chess trainer or coach, follow the following rules.

This is also a challenging aspect of chess. When you are playing against a defensive player, Most probably you will end up in a better position. But then you have to convert that advantage into a full point. This is why the conversion of advantage is the most important thing in chess.

A lot of authors covered this topic in youtube videos and books. This is something that you will always need to learn. No player is perfect. Everyone is facing issues in conversion. Even world champions are sometimes unable to convert full points, although they have an advantage.

We have discussed this point already. But you have to develop an aggressive style in your game. It is also not an easy task. But the best way to develop this is to solve hundreds of different chess puzzles from various chess books. Playing aggressively is not like playing anything that looks active and attacking. This also involves playing with an aggressive concrete plan which ends up in a winning advantage.

Time is money. This also applies to chess. When you play fast, your opponent starts doubting themselves. This also boosts your confidence. Just remember not to blunder while playing quickly. If you can play even normal moves quickly, you will mostly get very good results. There are a lot of players who play very fast. One of whom is the greatest Vishy Anand. 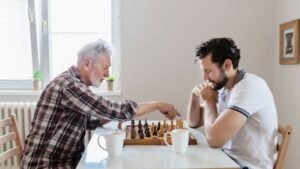 We have written various articles on chess coaches, which you can read here.

Is it better to be a defensive chess player or an attacker?

Playing attacking is the most effective way to play. But you also have to learn defensive skills. Chess is very difficult. Many times, you will end up in minus positions. At that time, you have to show your defensive skills. To improve defensive chess, you can solve puzzles from Jacob Aagaard’s book Practical Chess Defense.

If you are a beginner, try to choose aggressive chess openings from the start. It will be beneficial in the long term.

What is the most defensive opening in chess?

Most of the defensive openings are for black. That’s why we always say defense at the end of any opening which is made for black. The most defensive chess opening for black is Pirc Defense. In this opening, blacks usually have to wait for whites’ plan and then make their strategy. If you like to play defensive chess, you can choose the Pirc defense.

There are also many defensive chess openings, such as Ragozin Defense, French Defense, and Modern Pirc Defense.

How to play aggressively in chess?

This is one of the most challenging questions in chess. Playing aggressively is art. But you can learn it by solving a lot of chess tactics. There are specific ways to play aggressive chess. I highly recommend the chess course by GM Avetik Grigoryan and GM Gabuzyan Hovhannes on ChessMood. They have analyzed the 100 best attacking classical chess games.

In general, you have to improve your overall strength long-term. You have to work regularly on chess openings, middlegames, and endgames. Players can use some tricks and ways to win some crucial games. For the long term, you have to build your chess level.