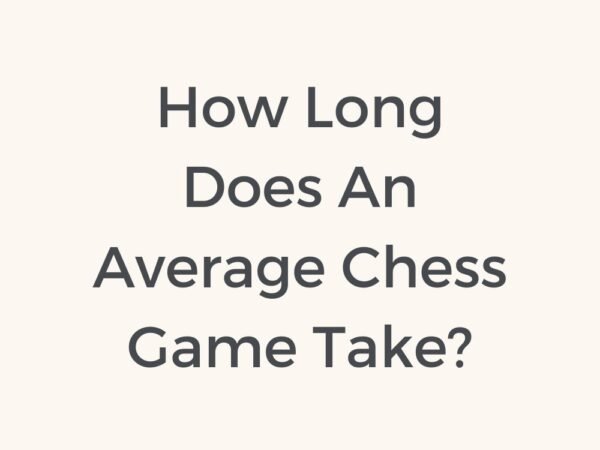 There are four types of chess formats, i.e., Bullet, Blitz, Rapid, and Classical. The classical format is considered as best chess format. The world champion is also decided on the classical game.

In the following steps, we will discuss how long does an average chess game takes in each format. 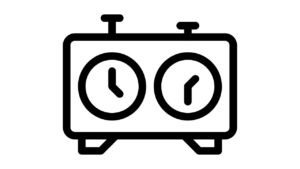 When someone just got interested in chess, bullet seems unimaginable to them. They can’t think of finishing the entire game in just 1 min. For newbie players, understanding how chess pieces move takes a few months.

It is also not possible to play bullet on the board. In online games, you have options to premove and make a queen directly. On the board, it becomes difficult. Also, in offline games, pieces fall when playing under time pressure, and it becomes very hard to manage.

The Blitz format is very popular among every chess player. World Chess Federation set a standard time control for blitz, which is 3 minutes + 2 seconds increment from move 1. Although, blitz time control can be between 3 min to 9 min with 2-5 sec increments.

There are many events organized dedicated to blitz. In the 2020s, FIDE introduced a special blitz and rapid rating. Since then, there have been three types of ratings, i.e., Blitz, Rapid, and Classical.

Playing blitz is also a great way to enjoy and learn chess. Beginners and intermediate players should play 8-10 games daily and analyze them. It is the fastest way to improve your chess skills.

The classical chess format is still the most famous format in chess. There are thousands of chess tournaments that happen over the world. All FIDE titles are also based on classical ratings. If you want to become GM or IM, you cannot become one with your rapid rating. This is something that FIDE should look into. They should focus more on rapid and blitz events because of less attention span.

The main drawback of classical chess is that you must travel to many cities and stay there for atleast 5-7 days. You also have to play each round for 3-5 hours. I am sure that in upcoming years, Rapid will overtake classical chess because it’s convenient.

The standard time control of classical chess is 90 minutes with 30 seconds of increment from move 1. This format is widely used in Asian tournaments and the USA. In Europe, the popular format is 90 min + 30 sec + 30 min. It means that you get 90 min + 30 sec from move one, but when you finish 40 moves, you will get the additional time of 30 min. This time control is widely used in all major FIDE chess tournaments.

What is time control in FIDE chess tournaments?

What is the longest chess game?

Before 75 years, in the olden era of chess, games consist of 3 days. On 1st day they used to complete 40 moves on 2nd day and 3rd remaining game.

What is the shortest possible chess game?

The shortest possible game is two moves. This is the move order – 1.f3 e6 2. g4 Qh4#. This is possible to move order, but practically it is impossible to happen in this kind of mate.

What to eat in a classical chess game? 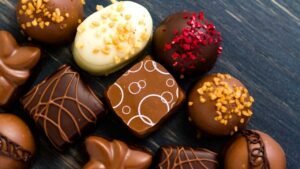 Players must keep their energy for 3-5 hours in a classical game. It is okay to eat outside food during the round. 90% of players eat chocolate during the round, but it is not recommended. From here, you can read our dedicated post on what you can eat during chess games.