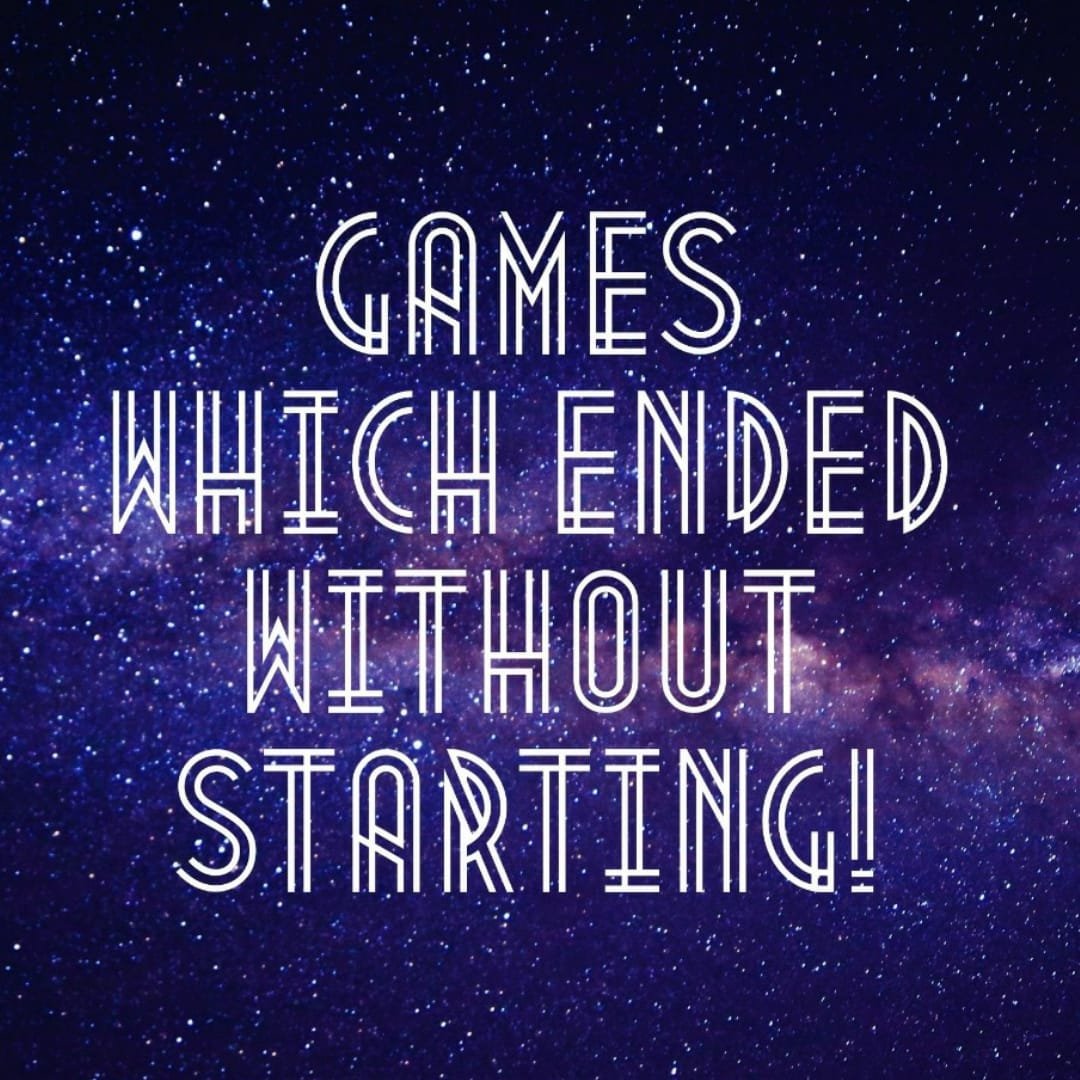 In chess, you will find some interesting incidences where arbiter has to make crucial decisions. There is a habit of players giving walkover at club level, but these incidents occurred rarely at top-level tournaments. In some cases due to chess players personal relations, incidences happen. Here you will find some interesting incidences where the games ended without starting. Probably only a few of you have heard about these incidences before. Definitely you will enjoy reading this article.

This was one of the famous controversies in the chess world. This game was played in between Fischer and Spassky world championship match in 1972 in round number 2. In round one, Fischer lost with Spassky in the completely drawn game. Due to spectators and camera noise, he could not concentrate on the game and made a blunder in equal bishop endgame. After the game, he was upset and demanded to shut down cameras. The organizers didn’t agree with his appeal. So he left the tournament and was planning to leave Iceland, Fischer gave a walkover in game 2. If this continued the World Championship could have been spoiled so sportingly Spassky agreed to play with Fischer in small cage type room without any cameras or anything.

As all of you know all players do shake hands with each other before playing the first move. Shaking hands is not a compulsory rule if both parties don’t want to shake their hands. This incident happened the first time in elite chess between grandmaster Nigel short and grandmaster Ivan Cheparinov in Corus tournament 2008. Nigel short came when Ivan Cheparinov was writing his scoresheet. After 5 seconds Nigel short offered him to shake hands but Cheparinov didn’t respond properly. Nigel did the same thing again and the same happened. Then Nigel called arbiter and told all incidents.

After discussing with the arbiter team chief arbiter decided to punish cheparinov and punished him with giving full point to Nigel short. This video went viral all over the world. The reason behind not shake hands was one day before Nigel was drunk and said that he is not able to play the game. You can read this full detailed article from here. 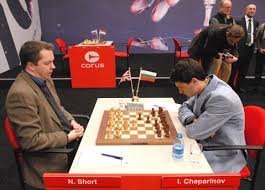 This incident happened in Fide world cup 2017 at Tbilisi Georgia. Ten minutes before the start of round arbiter Tomasz Delega asked Anton that is it possible to wear full trousers. But in the first rounds and 2 years before the world cup, Anton wore shorts and no one objected against him. Then he approached Zurab Azmaiparashvilli, chief organizer of world cup 2017, but he said you are looking like a gipsy. Anton went to the hotel but did not turn up for the round and hence full point was given to maxim Rodshtein. You can read a detailed article from here 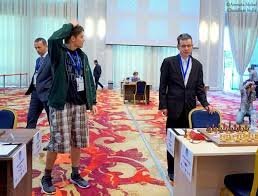 This incident happened in world championship 2006 between Vladimir Kramnik and Veselin Topalov. Topalov’s manager complained that Kramnik was using washroom frequently between round 4th and 5th. Then Kramnik manager Carsten Hansen told that Kramnik drinks water more than usual so he is using the washroom frequently. After that, the organizer committee decides that the public washroom will remain opened and private washroom which is only for players will be closed. The Fide president told Kramnik that “I hereby inform you of my full trust in the members of the Match Appeals Committee and their latest decision taken in respect of the appeal of Topalov’s team dated 28 September 2006. I am also asking you in good faith to continue your participation in this match.” That’s why Kramnik gave forfeit in round 5 to Topalov. You can read in a detailed article from here 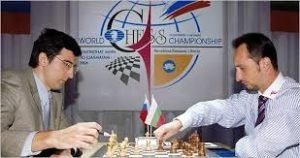 This game happened at Al Ain chess 2013 in united Arab emirates. It was last round and Jobava Baadur and Abhijeet Gupta were on 6/8 and in the last round, they paired against each other. But surprisingly Jobava didn’t show up for the round and after one hour Gupta awarded a full point and become champion of that tournament. We are unable to find the exact reason why Jobava has come for the round. You can see Gupta Abhijeet’s performance from here 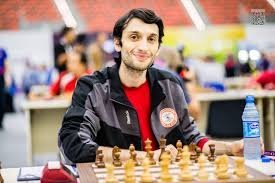