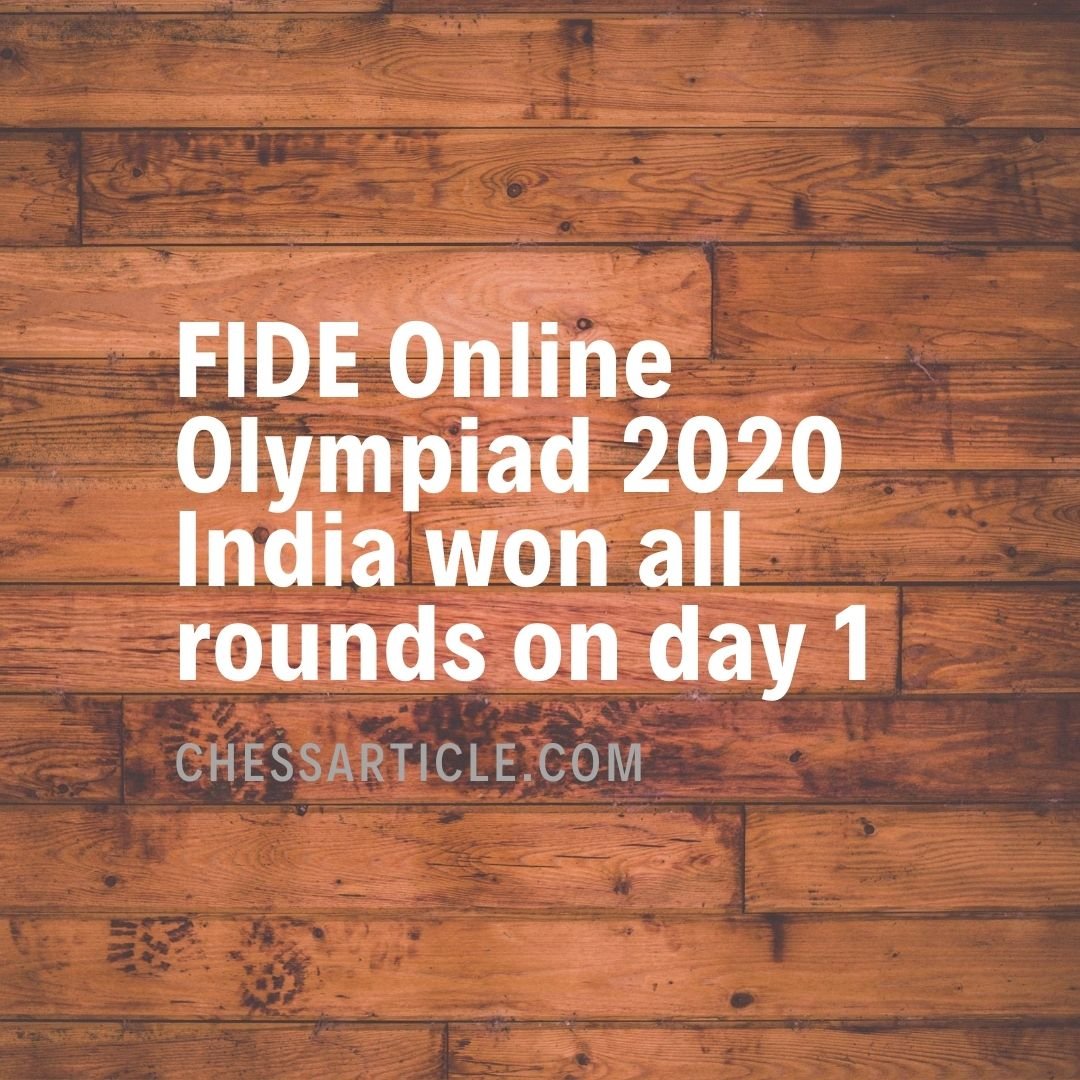 COVID-19 has brought a lot of reforms in sports. The biggest I feel is the Fide Online olympiad 2020. The format and details are presented in the previous article. you can read that article by clicking here. We will see how India fared on the day. Day 1 was an easy affair for Team India.

India smashed Zimbabwe 6-0 which was expected as India outrated Zimbabwe by a huge margin. The scorers in the team – Captain Vidit Gujrathi was leading from the front. Arvind Chidambaram, Nihal Sarin, Bhakti Kulkarni, Vaishali R, and Divya Deshmukh.

India faced Vietnam, although India was the favourites, Vietnam was led by Le Quang Liem who is a former World Blitz Champion. Vidit and Harikrishna drew their games respectively, Koneru Humpy, Dronavalli Harika and Nihal Sarin won their games while the only loss of the day for team India was of Divya Deshmukh who lost due to disconnection. While 4-2 was a convincing win, it wasn’t easy as Nihal Sarin was in trouble, but he kept on fighting tooth to nail and managed to trick his opponent!

The highlight of Round 3. All Indian fans were waiting to see our Legend, Former World Champion Vishwanathan Anand took charge of the top board while Vidit was rested. Koneru Humpy and Dronavalli Harika scored quick wins which gave the Indian team a good start. Sindarov Javokhir blundered a piece against Pragananda R. while Vantika also wrapped up the game quite easily. So India was 4-0 up with 2 games to go. Harikrishna got the better of Yakubbov Nordirbekk in a complicated game while Anand had an advantage but missed something in time trouble and the game fizzled out into a draw. 5.5-0.5

A great start for Team India on Day 1. Here we present you with some tactics as well as someone move blunders from Day 1 of the Top Division.

Following are 10 tactics positions that happened on day 1 of Fide Online olympiad 2020. Post your answers in the comment section!