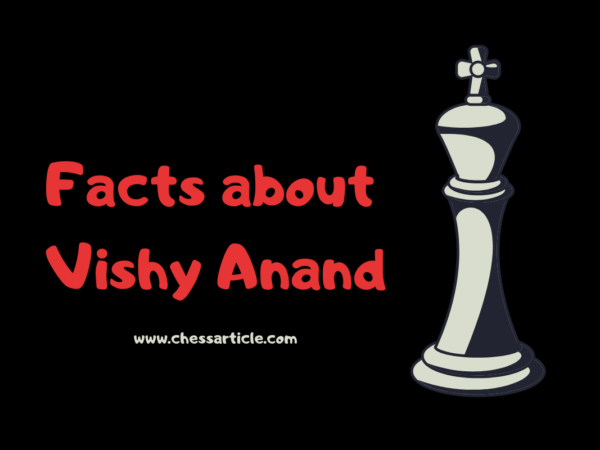 Viswanathan Anand, the pride of India in Chess. He is an Indian chess Grandmaster and the former World Chess Champion. His name is written in the textbooks of children in school. He was born on 11 December 1969 in Chennai, Tamilnadu.

Vishy Anand comes on the list of top 10 chess players of all time in the world. Viswanathan is the first chess grandmaster from India. Anand is the true and only inspiration for chess players in India. He plays a very important and big role in the chess revolution in India.

Despite coming from a country where chess is not popular at all and becoming a world champion. This is so big and every person in India knows the name Viswanathan Anand when someone talks about chess. We are going to tell you some nice facts about Viswanathan Anand in this article. 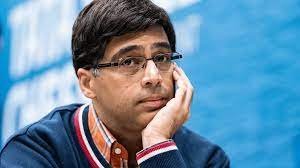 Anand was introduced to chess by his mother. He started playing chess at a very young age of 6 years. Anand’s mother was a chess player and she was the first chess mentor or guru of Viswanathan Anand. Deepa Ramakrishnan, a family friend, also helps Anand in starting his chess career. Vishy was the child prodigy who used to make speedy moves and surprise the opponent. He is known as the ‘Tiger of Madras’. Anand won the national chess championship at the age of 16.

Vishy Anand became the first chess grandmaster from India in 1988 after winning the Shakti Finance chess tournament in India. He was 18 years old at that time and had won the national chess championship title several times.

Viswanathan Anand has won the World Chess Championship title five times. Vishy won his first World Champion title in 2000 after defeating Alexei Shirov in the final match. In 2000, Vishy became the first Indian to become a World Chess Champion. Later, Vishy took back the title in 2007, Fide invited some strong players and Vishy came out on top. Vishy defended his title in 2008,2010 and 2012.

Anand has won the Chess Oscar six times. Vishy is again the only Indian player who has won a Chess oscar. Vishy won the Oscars in the year 1997,1998, 2003,2004, 2007,2008. Vishy won his first International tournament in 1991 and he gained popularity all over the world. Vishy was the only player after Bobby Fischer who had won the tournament in which Russian chess grandmasters were playing.

Vishy is a tactical player and he can spot the best move very quickly. He has stunned his opponents by playing the best move in very little time. Vishy can play very hard to find a move just in some seconds. Vishy was said to be the best rapid player of his time.  Vishy sometimes plays very aggressive chess and attacks the opponent. No one can predict the next move when Vishy is playing, as it can be a positional or an attacking move too.

Viswanathan Anand has a minor planet named after him. The name of the planet is ‘ 4538 Vishyanand’. You can see how big Vishy is. This planet was discovered in 1988 by a Japanese scientist named Kenzo Suzuki. Vishy had some interest in astronomy too.

It is said that whenever Vishy loses a game, he used to work out very hard in the Gym. So that he can sleep peacefully without having thoughts of games. Hard Workout leads to a peaceful sleep

Anand is the only sportsperson to be invited to a dinner with US President Barack Obama. The dinner was hosted by Former Indian Prime Minister Manmohan Singh, This dinner was organized on 7th Nov. 2010.

Winning the World Chess Championship in every format

Anand is the only player in the world who has won the tournament, match, knockout format, and rapid controls. Anand has won the shortest world championship match in history against Boris Gelfand. This game ran for only 17 moves after Anand traps the opponent’s queen, Gelfand resigns right after Anand traps his queen.

Anand was awarded Padma Shri for becoming the first Indian chess grandmaster. Now, you can see how legendary Vishy Anand is. Vishy was later awarded the Rajiv Gandhi Khel Ratna award in 1991-1992. This is the highest award for a sportsperson in India. Later, Vishy was awarded Padma Vibhushan in 2007. Vishy became the only sportsperson to receive this award.

Vishy tied knots with Aruna in 1996. Vishy has a son named Akhil Anand. Vishy is a complete family man. Vishy has mentioned in many interviews that his wife is also very supportive.

Vishy is a good writer also. He has written many books in which he analyzes his games in a very understandable way. These books are highly recommended if you are a chess enthusiast.

These are some of the facts about Viswanathan Anand. We hope that you get to know something fascinating about Vishy. We will keep on updating you with facts about other chess legends too. Thanks for reading.