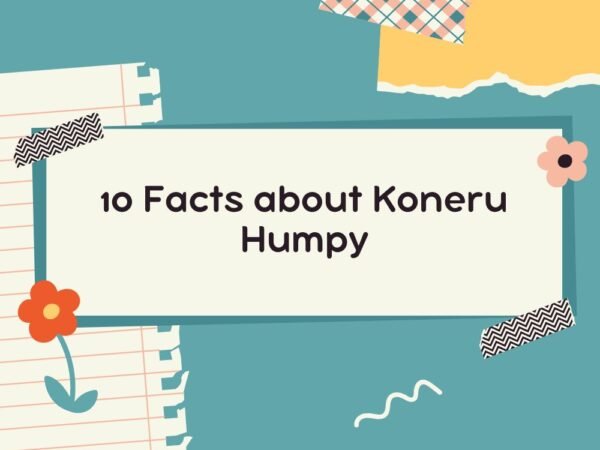 Koneru Humpy is an Indian Chess Grandmaster born on 13 March 1987, She is from Gudivada Andhra Pradesh. She is quite a strong grandmaster and was sometimes even very close to becoming World Women’s Chess Champion. Humpy is one of the best players in women’s chess and she is the best women’s chess player from India till now.

In this article, we will tell you some interesting facts about her and how she managed her game as she is a mother too. Read the article till the end. 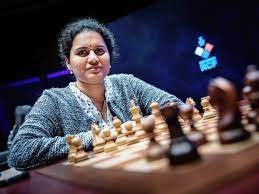 Humpy got attracted to chess at a very young age of 5 years. Her father saw her interest in chess and fully supported her throughout. She started playing at a younger age and today we can see her achievements.

It is said that Humpy’s father gave up his job to focus on her chess career. She showed her skills and won three gold medals at the World Youth Chess Championship.

Humpy got her International Master’s title in 1999, she became the youngest International Women Master in Asia. Later, She got her grandmaster title in the year 2002, she became the youngest woman to receive the grandmaster title in the world, and she broke the record of Judith Polgar by three months. Humpy got her GM title at the age of 15 Years, 1 month, 27 days.

She is truly a legendary women’s chess player of all time. Humpy became the eighth female grandmaster in the world.

Koneru Humpy crossed 2600 Elo ratings in October 2007, her rating was 2606. She became the second women player to achieve this milestone in chess after Polgar.

Her peak Elo rating is 2623. She is also a good player in rapid and blitz chess formats. She was World No.2 for a very long time behind Judith Polgar.

She was just unstoppable at that time. Later, in 2005 she won the North Urals Cup, which was a round-robin tournament featuring the top 10 strongest women chess players at that time.

Koneru Humpy first participated in the Women’s World Chess Championship in 2004. She has competed in every edition of this tournament since then and this tournament is based on a knockout format.

She reached the semi-finals three times in 2004, 2008, and 2010. We wish that she will win the title of Women’s World Chess Champion in the future.

Koneru Humpy is a tactical as well as a positional player. She can play an attacking game when required. For the past few years, Humpy has been showing her end-game tactics.

She will be playing in a candidate tournament next year. She has shown her phenomenal chess skills over the boar5d many times. She is more of a positional player though.

Humpy won the Women’s World Rapid Championship in 2019. She was just back from a two-year maternity leave. The finals were played between Humpy and China’s Lei Tingjie. Despite losing the opening game, She made a nice comeback and defeated Lei Tingjie.

She got the title of Women’s World Rapid Champion. She is the only Indian to win this title. Despite coming back from maternity leave and taking some to be back in form, humpy was already in form.

Humpy got many awards and honors for her wonderful chess skill. She made the nation proud many times at the international level. She was awarded the Arjuna award in the year 2003 by the Indian government. Later, In 2007, she was awarded the Padma Shri award.

She was awarded the Raja Lakshmi Award by the Raja Laxmi foundation in 2008. Humpy is the strongest woman player in India and we will surely be seeing some other women players in the future. She also won the BBC Indian Sportswoman award in 2020.

Humpy was part of the Indian team, winning the Chess olympiad 2020 as a joint winner with Russia. Humpy played a very important role, as she played an armageddon match helping India to reach the finals. She played with black pieces (4 minutes)against Monika Socko of Poland. Humpy needed a draw but she won the match and checkmated Monika Socko with queens.

Humpy’s father left his job to give full-time training to her. Humpy got married to Dasari Anvesh in 2014. Humpy gave birth to a girl named Ahana in 2017. She took two years to break from chess after giving birth to a baby daughter. This was quite a big change for her, as doing training daily and suddenly not even moving a piece for months.

These are some of the interesting facts about Koneru Humpy. We hope Humpy becomes the Women’s World Champion someday. She is a stronger player after she came from the break. We hope that you get to know some uncommon facts about Humpy.

Do comment down if you know any other interesting facts about her and do share your thoughts on the article. Let us know about the next Chess legend you want to know about.

Share this article with your friends and family. Thanks for reading.