Happy International Chess Day to all of you !

This is the third article on the series of “Legends who were near world champions!” 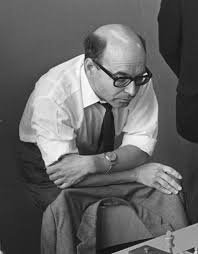 David Bronstein was born on 19 February 1924 in Bila Tserkva, Ukraine. He was born in a poor family and had to face a lot of hardship in his initial years. Bronstein learned chess from his grandfather. He achieved success in his age group events. He completed his high school and decided to study mathematics at university of Kiev. Like Paul Keres, even Bronstein’s academic as well as chess career was interrupted by World War 2.

The impact of World War 2.

As the World war 2 was going on chess as well as academics was at a halt. Furthermore, David’s father was imprisoned for giving controversial statements. David had a defect of eyesight so he was declared unfit for military. Thus during the world war, he had to do part-time jobs to get a living. He did work hard and kept pace with chess.

Opportunities do come when you are working hard on things you wish to pursue. Same was the case with Bronstein. \In his first-ever mega event, Bronstein beat the eventual champion Botvinnik in their direct encounter. Thus he kept his efforts at peak got his deserved place in the Soviet team.

Proving his strength at the top level

Bronstein made the best use of the opportunities he got and kept on producing strong performances. In 1950 candidates, he shared first place with his training partner Isaak Boleslavsky. He best Boleslavsky in tie breaks to qualify for the match with Mikhail Botvinnik. This was his biggest achievement till then. 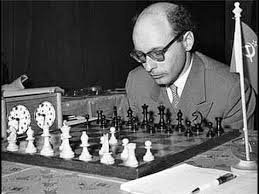 The rules of world championship back then were, 24 games to be played. The current world champion was given the liberty to claim the title at 12-12 which meant that if the challenger (Bronstein) had to win he had to score 12.5. Thus began their match. The first 4 games were drawn. Then Bronstein broke the deadlock in the 5th game but conceded a point in the 6th. Thus the seesaw battle started.

Both players exchanged blows at regular intervals and when it seemed Botvinnik had taken a solid one-point lead, Bronstein came back strongly to win the 21st and 22nd game. This gave him a full point lead over Botvinnik. Thus everyone expected Bronstein to win the match by drawing the last two games. But it was Botvinnik who had the last laugh as he won the 23rd game and drew the final game. Thus Botvinnik retained his title and Bronstein had to content with the Runner-Up position.

The next opportunity where Bronstein could qualify for the world championship was 1953 candidates. Although he did not win it he was a strong contender. This candidates match was so interesting that later he wrote a book on this tournament which is till date one of the topmost recommended books.  Later in his book Sorcerer’s Apprentice, he mentioned the pressure put on him and Keres not to win the championship. He further mentioned that Keres and him being non-Russians was the main reason why they both didn’t become world champions which can be considered as a hint of external pressure on them during tournaments. The book Zurich International Chess Tournament 1953 can be bought from here.

David Bronstein as a writer

David Bronstein contributed a lot to chess literature. His famous book 1953 Zurich International Candidates Championship, The Sorcerer’s Apprentice, 200 open games, The modern chess self-tutor and much more. He also brought evolution to the Kings Indian Defense with the help of his country mates Efim Geller and Isaak Boleslavsky.

Bronstein was a strong tactician, he had a great combinative vision. He was good at playing complicated positions to produce insane tactics. Bronstein was a creative thinker. Even before Fischer recommended increment and chess960, it was Bronstein who had this idea in mind to introduce new variants in chess. This is the reason Victor the Great has said “Was Bronstein an outstanding player? He was a genius, what a genius! A genius is somebody ahead of his time, and Bronstein was far ahead of his time.”

Here are some of his masterpieces –

Previous articles on this series –