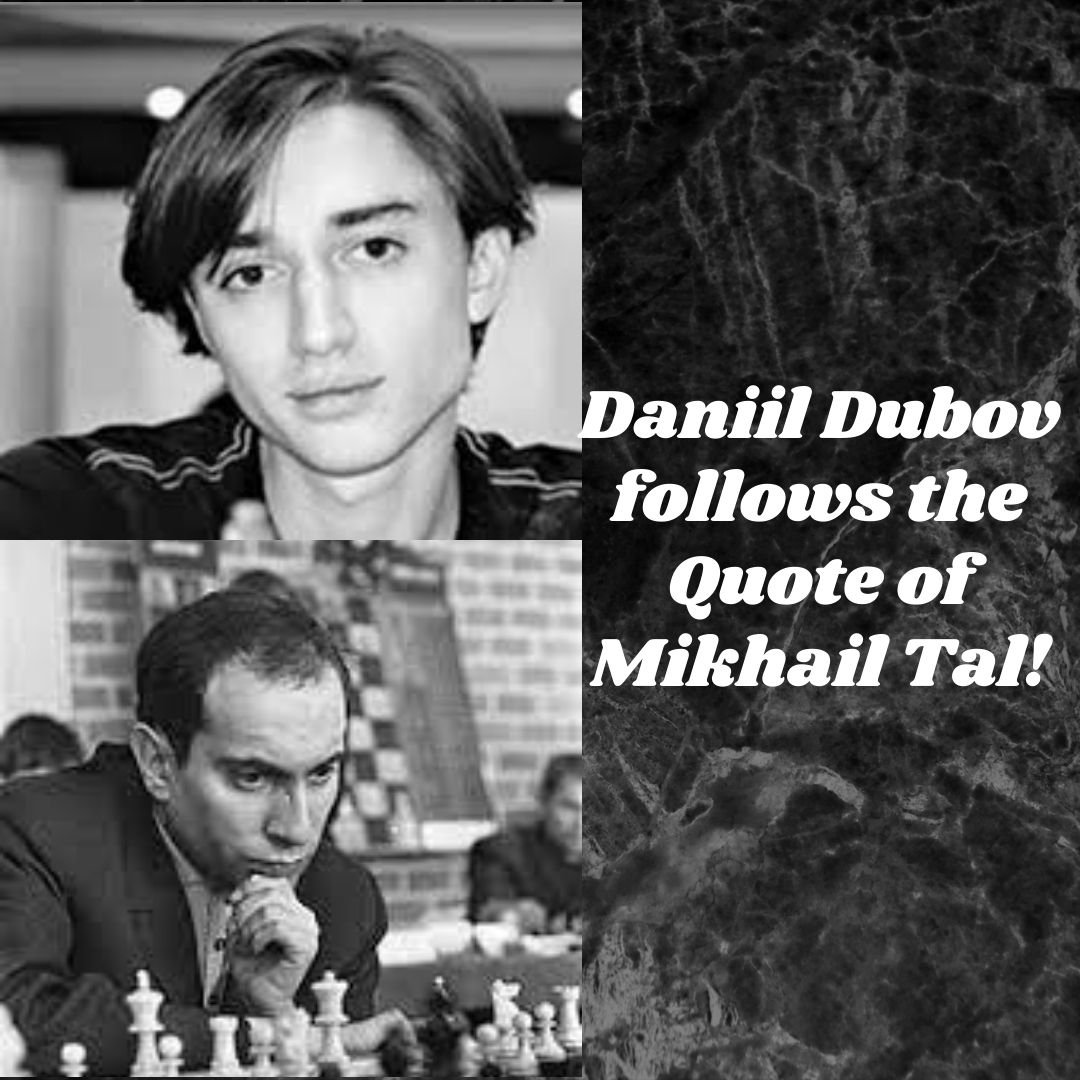 “You must take your opponent into a deep dark forest where 2+2=5, and the path leading out is only wide enough for one.” – Mikhail Tal [8th World Chess Champion]

Yesterday, Daniil Dubov a Russian Super Grandmaster also the Former World Rapid Champion took on Current World Champion Magnus Carlsen. This was a Quarter-Final match in the Airthings Masters Cup online event. Daniil Dubov was a second in Magnus Carlsen’s team in 2018 World Chess Championship. Everyone was looking forward to this match as both players played over 100 training games prior to 2018 world championship. Generally, Dubov reminds one of Mikhail Tal while Carlsen is Rock Solid. So it was obvious they knew each other quite well.

The format of Knockouts is 2 sets of 4 games each. To win a set you have to score 2.5 points. If the sets are drawn 1-1 then there was a tie-breaker. The First Set saw Magnus striking instantly to go 1-0 up in the match. Then after a draw in the 2nd game, Daniil Dubov won the 3rd game to level scores. With the 4th game drawn the first set was a draw.

Then came the 2nd set. Here Dubov showed his normal style of playing wild and complicated positions. This helped him to go 1-0 up and then he drew the 2nd game. Having white pieces in 3rd game Dubov again started to complicate matters but this time it felt like Magnus was under control and started to take over when Dubov’s advantage slipped. Within Instance, Carlsen made a move which shocked the commentary panel and everyone who was watching the game live. Carlsen had missed an idea and ran into a checkmate.  This was the 3rd time in 2 days that the World Champion’s King was hunted. This reminds us of a famous quote by Former World Champion Mikhail Tal –

An interview after beating Magnus –

People may play have good days or bad days against me, and I against them, but after another collapse the bottom line is that I’m in a deep funk right now, and it’s really frustrating

On a lighter note, Daniil just wrote me to cheer me up after beating me, and apologize for his celebration on air. Told him I did not see it, and it would upset me more when people stop celebrating after beating me. Congrats to a most worthy opponent and great dude!

The tweets just showed the respect and dignity the players have for each other! A quality worth learning!

The Semi-Finals will be between