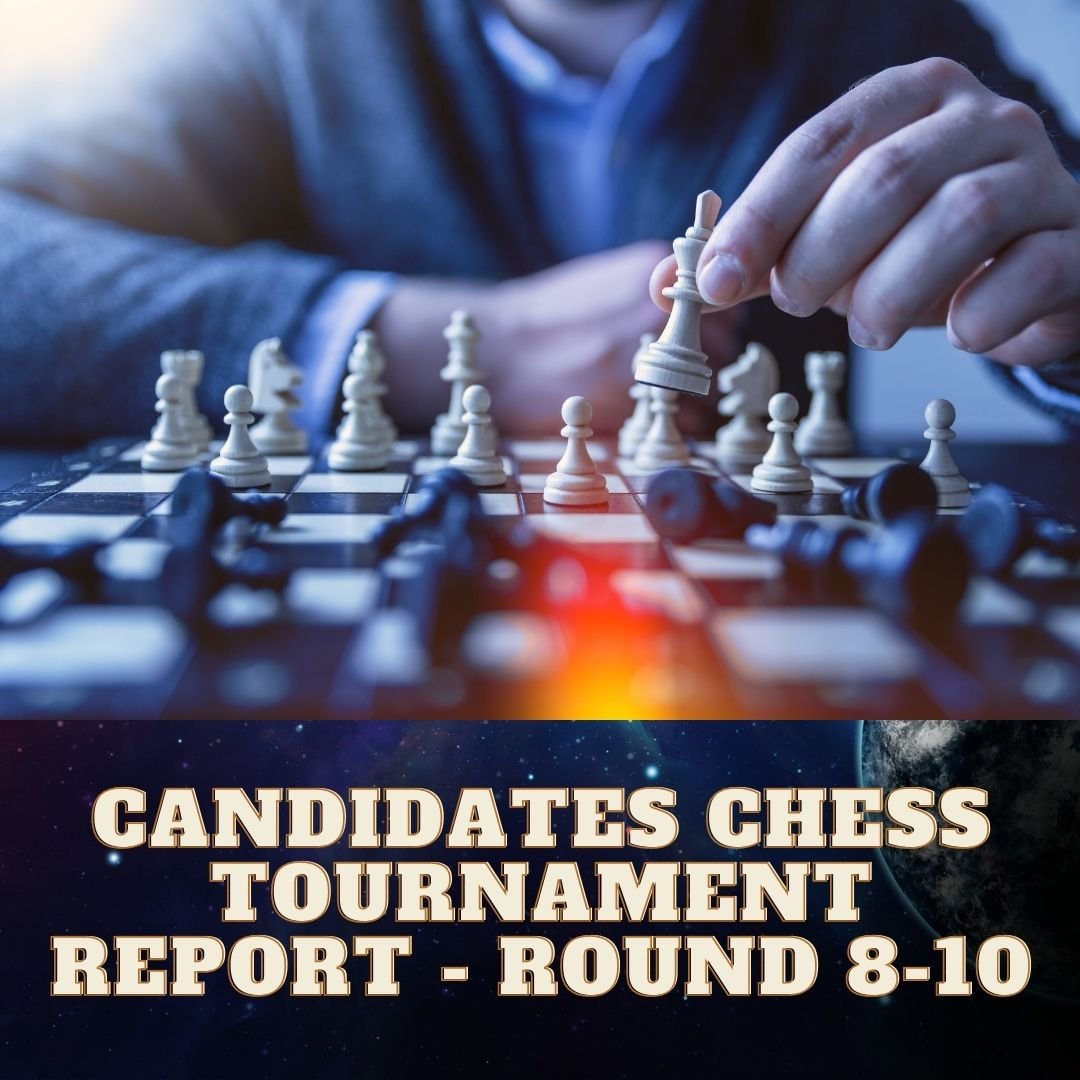 Hello Everyone, as you all know Candidates Chess Tournament is underway. This is the first time a candidates event held in two halves. This happened due to the COVID-19 pandemic which occured last year. Candidates is a prestigious event as the winner qualifies to challenge the world champion for the next world championship match. This is an 8 player double round robin event.

Standings and scenario till Round 7 –

26th March 2020, Candidates Chess Tournament came to a halt. This lead to a lot of controvertial statements as Teimour Radjabov’s decision to withdraw from the event was COVID and it was the same reason for FIDE to postpone the candidates. Although it was a mess but it seems FIDE did manage to clear a few things and get the candidates event back on track.

Round 8 of the Candidates Chess Tournament saw some excitement as Fabiano Caruana who was rarely seen playing any events came out all guns blazing against Maxime Vachire Lagrave. He started off by sacrificing “just” 3 pawns and a piece in the Poisoned pawn variation in the Sicilian Najdorf. Things looked bleak for Maxime but he saw the tide with courage and as pointed out by Danill Dubov in FIDE’s official commentary that at a point it felt that the advantage might have slipped.

Another decisive game from Round 8 was the debutant Alexeenko Kirill taking down the highly experienced Alexander Grischuk! Grischuk employed the French Defense and had managed to equalize and was in a double mind whether to take a draw or to press for a win during the end of time control. As it turned out that when he cut the ropes to go all in the decision backfired and Alexeenko emerged on top.

Moral of the story. Don’t touch the pawn on b2. #candidates pic.twitter.com/IqDUbv6ub1

Round 9 of Candidates Chess Tournament was a day where only Anish Giri improved his position as he created an instructive game in the open Catalan to beat Wang Hao. Anish managed to keep his composure and create problems for Wang at regular intervals and finally got the breakthrough. Rest all 3 games ended peacefully

Round 10 was the round before the only rest day. Ian Nepomniachtchi extended his lead by beating Alexeenko in a reti opening which transposed to catalan. Rest 3 games of the players trailing Ian drew.

Round 11 of Candidates Chess Tournament will see Ian facing Caruana. As Ding’s chances are looking dim, he might come out to entertain others by beating the leading pack. Also if Anish and MVL manage to win their games respectively then suddenly we will have 4 joint leaders. The possibility is insanely tough but this is chess and anything can happen!