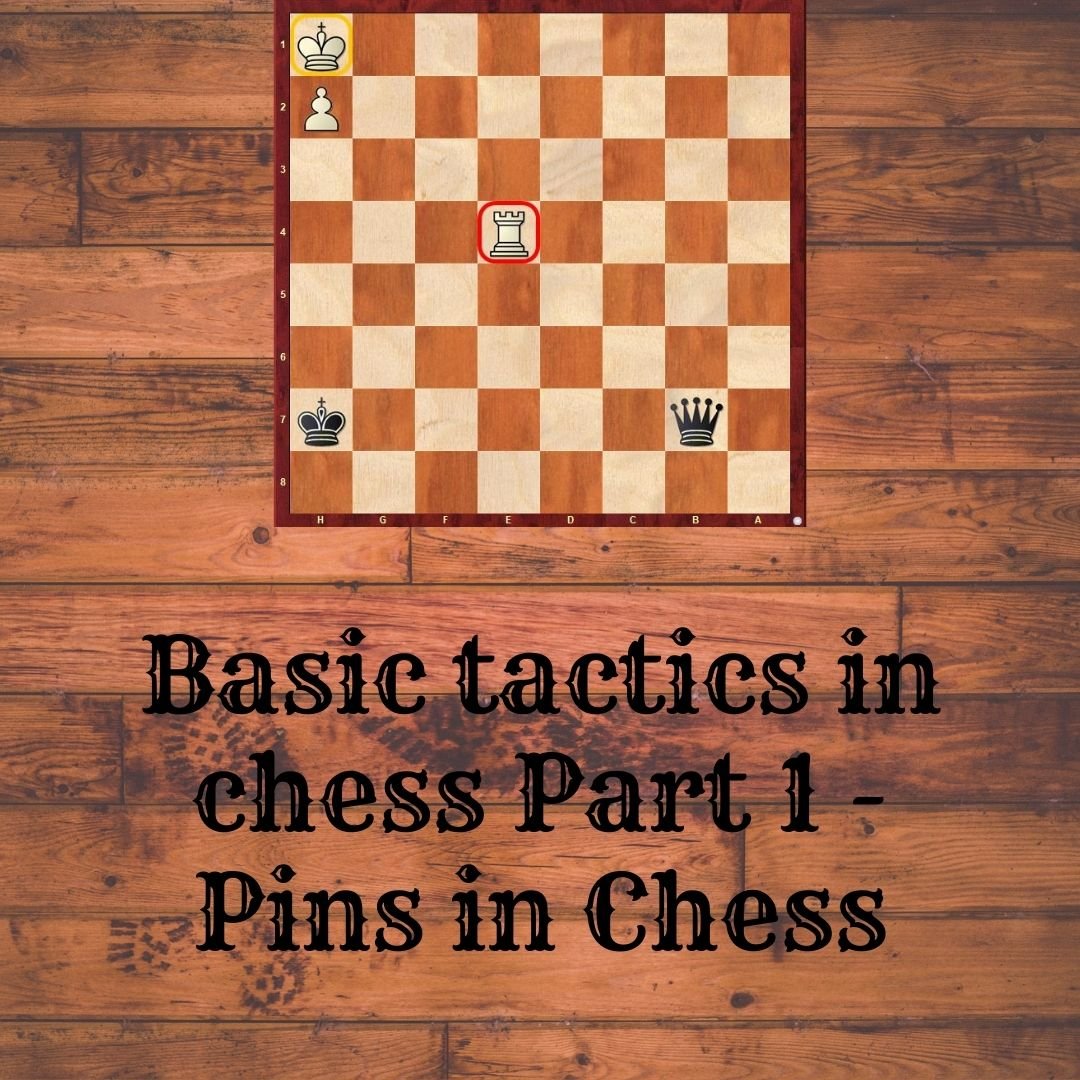 Once you are familiar with the movement of pieces and the general rules regarding chess. You have to level up your game by learning the basic tactics. As they say, strategy and tactics go hand in hand. So first we should learn tactics that will assist our strategies.
So from now, we start a series of articles on basic tactics.

Try to think in the above position what can be the best move. Here you can move your Queen to b7 and freeze the Rook on e4.

Pins in chess is like just imagine – someone tied your hands with rope. Now you know that you have hands, you can even sense them, but you cannot use them. Similarly, when you pin an opponent piece, then it is not possible to move it as either it will be an illegal move or it will lead to material loss.

An absolute pin is a position where the pinned piece is in front of the king. So in this scenario, if it moves, then it will be a check to the king. It is illegal to have your king in check with your opponent to move. Examples of absolute pin –

A relative pin is a position where the pinned piece is in front of a major piece and not a king. So if the piece moves, it will lead to loss of material. But as in relative pin, the piece can move so sometimes it might lead to a reverse tactic.

The answer will be posted in the next article of this series.

The above were a few examples and ideas on pins in chess, I hope you all liked it and would visit again for another tactic in store for you.