There are thousands of chess books are available in the market. Many of them are published by top publishers. Ofter there is an issue which book is to purchase.

Here we are going to help you with some of the amazing chess books which are written by grandmasters and top players.

Following is the list of 5 best book for chess openings

Grandmaster Parimarjan Negi got the grandmaster title when he was just 13 years old. He was a prodigy at that time.

He further studied in a university located in the USA. at that time he has written chess repertoire against e4. This book became very famous.

After this success, he launched another 2 books with quality chess publications.

In this book, he covered Alekhine, Pirc, Modern Pirc defense, and Scandinavian plus various offbeat alternatives Black may try.

Negi’s latest work continues the winning formula of his previous books: the 1.e4 repertoire is founded on established main lines and turbo-charged with the innovative ideas of a world-class theoretician, making this an essential addition to the library of every ambitious player. 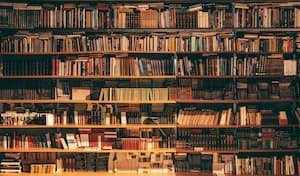 The Elephant Gambit is perhaps the boldest opening in all of the chess theory. By meeting 1.e4 e5 2.Nf3 with 2…d5!?, Black takes the fight to his opponent and aims to seize the initiative as early as possible.

This line is completely new in the market and this is the first book published on elephant gambit by quality chess.

The author Jakob is an international master. Another author Michael Agermose Jensen is also an experienced chess player.

This book will cover the entire elephant opening from the black side. Basically, this opening is perfect for blitz and rapid games.

This is a new opening trend and you can prepare if you are 2000 rated or below. you can easily trick your opponent. 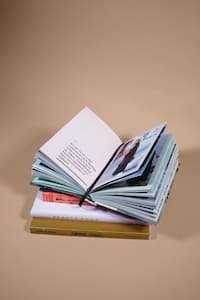 Jaan Ehlvest is an Estonian-American grandmaster, a former Estonian Champion, and a former Soviet and European Junior Champion. Ehlvest is also an Olympiad Gold medallist and has been ranked in the top five in the world.

This book is mainly focused on how to select your openings and why engine lines are not always better.

This book is perfect for all players who are looking for choosing a good opening. This book is also focusing on isolated queen pawn structures.

This book is perfect for all players without any rating barrier.

4- Beat the Najdorf and tiamanov sicilians

Grandmaster SP Sethuraman has written this book. Sethuraman is a very strong player from India and won many major tournaments. Sethuraman also published his course on chessable.

This book is mainly focusing on Najdorf and Taimanov Sicilian. I feel this is one of the best books written ever.

He actually already has a decent reputation as a dangerous theoretician on the white side of 1.e4, and in particular against these two openings. He had shown some interesting ideas in my games over the years which were the result of his real passion for opening knowledge, a trait that has stayed with him throughout his chess career. 5- The Modernized Ruy Lopez for White

This book Is written by Dariusz Swiercz. Dariusz is currently studying in the USA. He is one of the youngest players in history and the youngest Polish player of all time to qualify for the title of Grandmaster at the age of 14 years and seven months in 2009.

In 2018 he switched his national federation to the United States.[1] Since 2019, Dariusz has been married to Keyla Swiercz.

Ruy Lopez is the most popular opening in chess. In this book, Dariusz explained Ruy Lopez in detail.