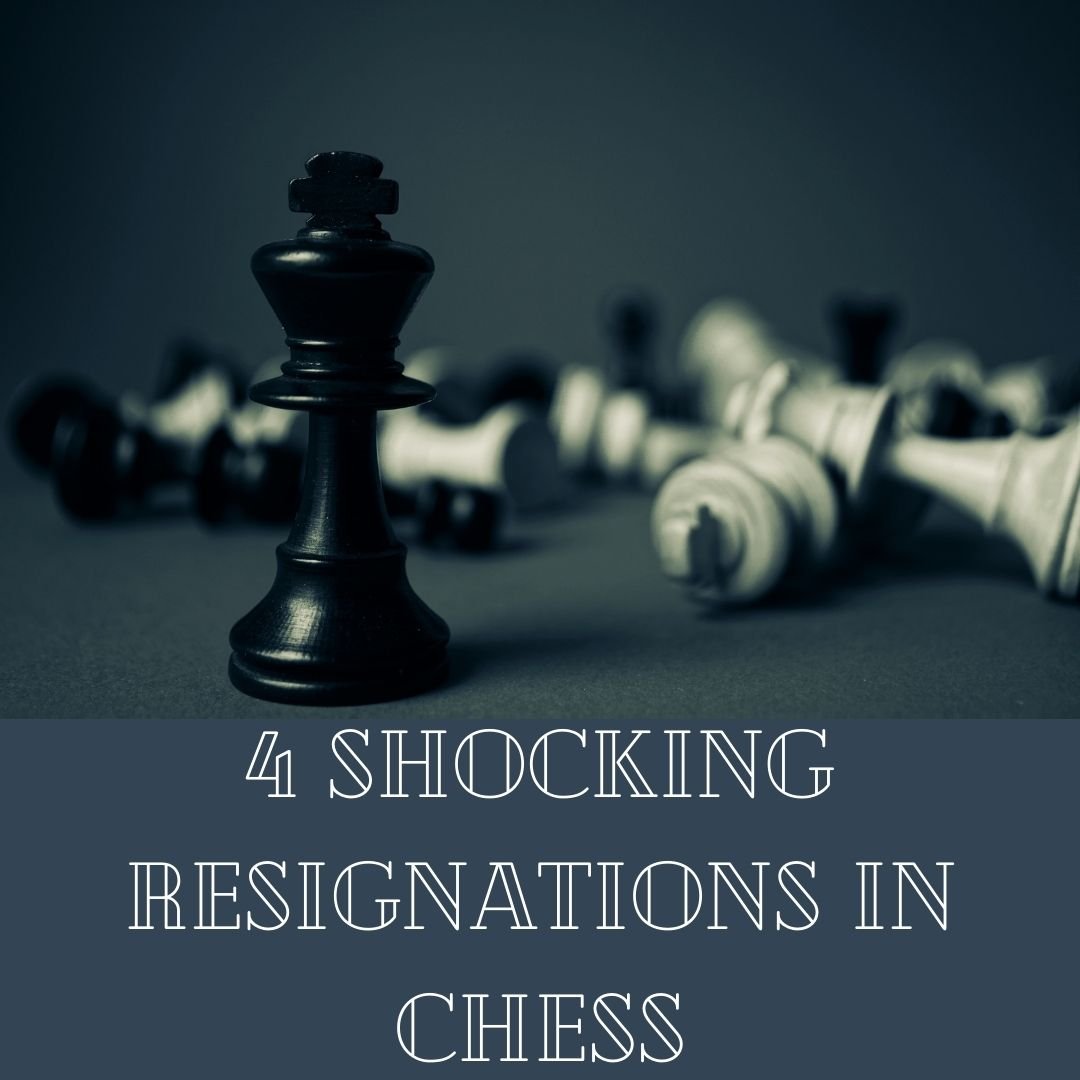 Life is unpredictable is what we face regularly. Have you ever felt that while trying to achieve something you gave up on it quite early when you could have tried a bit more? Or have you ever been in a situation where nerves got to you and you blundered in a totally winning position? Today we are going to look at 4 resignations in chess where the player who was winning, resigned the game!

Chess is such a complicated game that even at times best in the world judge the position incorrectly. This happens in a game and it is obvious, if you don’t see a move, you can’t be blamed for it. So let’s see the 4 shocking resignations in Chess.

In the above game, from a speed chess championship match. Hou Yifan was white and Hikaru Nakamura was black. If you see, Black is threatning a checkmate in 1 move with Rhxh3 and white shockingly resigned in this position! White missed that c8(Q) protects pawn on h3. Quite shocking!

White created a very interesting attack and seemed to have defeated black psychologically. Try to find out how can black save the game and get a winning advantage!

Black totally forgot the end of his calculation, Rh8+?? – Kxh8! Kxg6+ – Rxe5! and black can capture the pawn on e7. I consider this as an unpredictable resignations in Chess

Considering that d4 Bishop is pinned and Rook on d7 is hanging, Black resigned. Well, there is a move which not only saves the game but also gives a winning advantage for Black!

These were 4 shocking resignations in Chess. The answers to the 2 positions will be given in the next article on the same topic, till then keep trying! Keep practising chess!