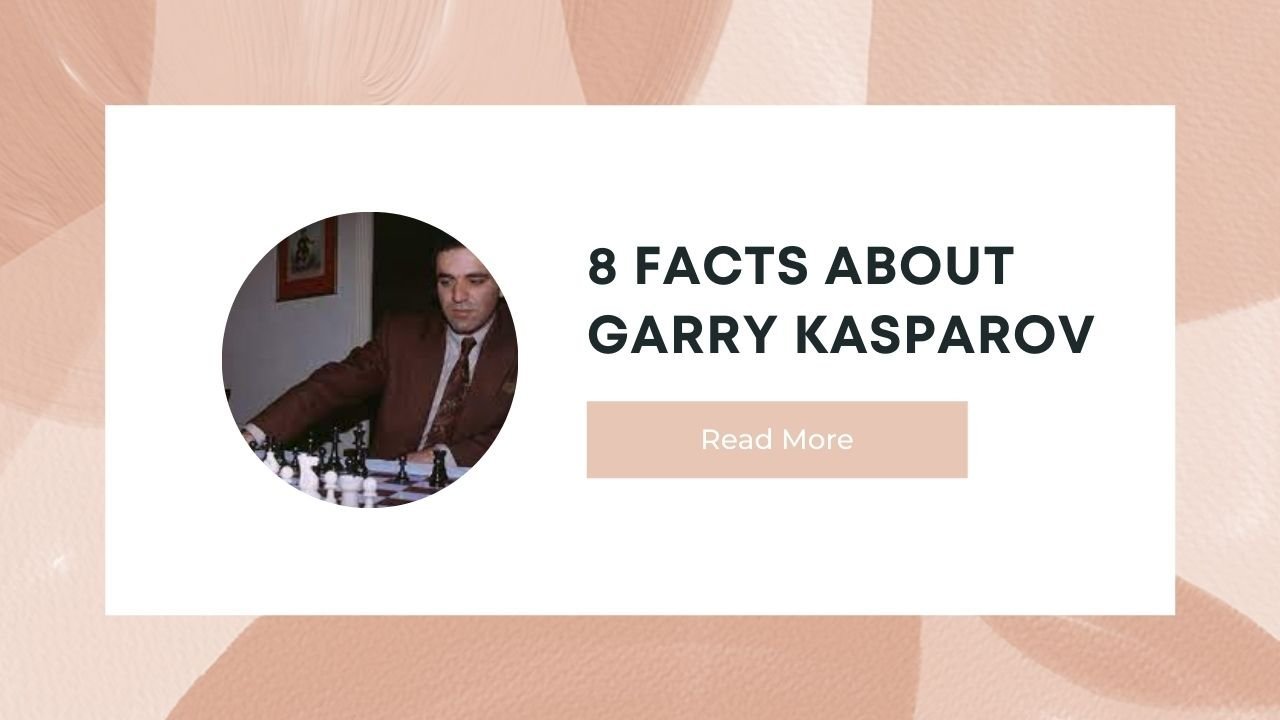 Garry Kasparov, the name is so big of itself and You surely heard his name once whether you are a chess follower or not. Garry is always on the list when someone says ‘Who are the top 3 chess players of all time in chess?’. Garry was born on 13 April 1963 in Azerbaijan, U.S.S.R.(at that time Azerbaijan was a part of the soviet union. Garry belongs to a city called Baku in Azerbaijan. He is a Russian chess grandmaster. The full name of Garry is Garry Kimovich Kasparov. The name of Garry Kasparov is written in golden words in Chess history. In this article, you will get to know some nice and fascinating facts about Garry Kasparov, So read it completely. 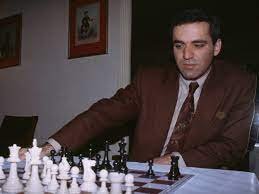 Garry Kasparov started playing chess when he was 6 years old. His love for chess was seen by his parents at a very young age when he solved a chess problem. At the age of 13, Garry won a soviet youth Championship. Garry won the world’s junior chess championship at the age of 17, the championship held in Germany.

Garry Kasparov became the youngest world cheese champion in 1985 after beating Anatoly Karpov(very strong Grandmaster). Garry was 22 years old at that time. Garry did too much struggle to win the title because defeating Anatoly Karpov was not easy at all. But at last, after drawing the first 48 games and when the other games happened. The best of 24 games was set and at last, Kasparov won the title with a score of 12.5-11.5.

Garry became the grandmaster in 1980. Garry was 17 years old at that time and later he qualified for the World Chess Champion title match in 1984 by winning the candidates. Garry reaches the highest Elo rating of 2851. This was the highest Elo rating before Magnus broke the record. Garry is no doubt a chess legend in chess history. Garry holds the record of being the No.1 player for the highest consecutive years from 1986 to 2005.

Kasparov had a very unique and creative style of playing. He sometimes can be very aggressive and sometimes be positional. He likes to analyze his games later and work on them. He always says that don’t play by calculating many moves at once. Garry played with so much creativity throughout the game.

Deep Blue was a custom-built chess computer made by IBM. In 1996, Garry first played this computer and defeated it. This match was very much popular. Later, they agreed for a rematch and Garry played the Deep blue again in 1997. This time, He loses it Deep Blue by resigning in the last game of the six-match game. 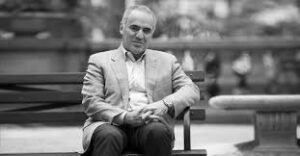 After winning the World Chess Championship in 1985 by defeating Anatoly Karpov. Garry held this title for the next 20 years, where he played many strong grandmasters in between. Garry played Karpov, Vishy Anand in between these years.

Garry joined the Communist Party of the Soviet Union in 1984. He had some interest in Politics too and later was elected to the central committee of Komsomol. This committee was a youth political youth organization of the communist party. Garry left the communist party later in 1990.

Later after 16 years, Garry again started politics and founded ‘United Civil Front. This was made to preserve the electoral democracy in Russia. He with some other people started a movement ‘The other Russia’ in 2005.

Garry created a Grand Master Association (GMA) in 19086. The main purpose of creating this association was to represent the top chess players in the world. This organization organized many series of world cup tournaments for top players.

Leaving Fide and forming another association

Garry and the title challenger Nigel Shorts broke away from FIde because of some issues in sponsorship bids. They formed a Professional Chess Association and organized the Title matches. Garry won the title again. The games were held in London and The time sponsored the games. Fide removed Garry and Nigel from their federation.

After losing to Kramnik in 2000, Garry lost the motivation of becoming the champion again. It is said that after breaking with FIDE, he faces many issues in the long run. While playing Linares tournament for the ninth time and although winning this tournament. Garry announced his retirement from competitive chess in 2005. Later, he spent his time writing books. He was the highest-rated player even after losing the title in 2000.

Garry took birth to a Jewish father and an Armenian mother. His first chess coach was Vladimir Makogonov. Garry married thrice. His first wife was Masha and after giving divorce to her he married Yulia. After breaking up with Yulia, he married Daria. Garry had four children out of his wedlock.

Garry Kasparov has written many books after he retired from competitive chess and before too. Garry published a book named ‘winter is coming, In this book, he compares Putin to Hitler. Some other books written by Garry are-

etc. There are many other books written by Garry. We highly recommend you to read these books if you want to gain some real knowledge about chess.

Being arrested for political activity

Kasparov was once arrested for leading a pro-democracy demonstration in Moscow. He was arrested in 2007. Although, he was held for only 20 hours and released with a fine. Garry was once attacked by a person with a chessboard in 2005. Garry was attending a promotional event.

These are some of the facts about the legendary Garry Kasparov. Thank you for reading and we will bring you some more facts about other legends in chess history. Hope you liked it.

One Reply to “14 Facts about Garry Kasparov”